A hundred years ago, Congress passed the 19th amendment to the Constitution, guaranteeing women the right to vote. It took another year for the States to ratify the amendment, and it radically changed the makeup of our American electorate. Just a month ago, in his State of the Union Address, the President stated to great cheers and chants of “USA! USA!” from both sides of the aisle, that we “have more women serving in Congress than in any time before.” It was a welcome bipartisan moment in recent politics. This is indeed a big accomplishment and follows an election season where record numbers of women ran for political office. Whether on the ballot or administering the ballot, women are taking on more leadership roles and wield increasing influence in American elections.

Women’s History Month has always served as a time to celebrate the advances women have made, remember the courage and sacrifices it took to reach this point, and to recognize barriers that women still face. This March is a particularly poignant time to reflect on these lessons as we start to celebrate the centennial anniversary of women gaining the right to vote. However, in the small community of election administration, this month marks a more recent and personal anniversary.

One year ago, the election community lost Wendy Noren, who served as the Clerk of Boone County, Missouri for 35 years before her passing. Wendy was a luminary in the field of election administration who will long be remembered for the powerful example she set. Her expertise was sought out by officials across the nation and her spirit of innovation made a lasting impact beyond Boone County. However, when asked to reflect on her achievements, Wendy stated that one of the things she felt most proud of was encouraging other women to pursue careers in public service.

To me, this is what makes Wendy’s story indicative of the rise of women in all sectors of public and private life, and why it continues to be so important to foster women’s personal and professional dreams. Women have a monumental impact and they understand that the best leaders nurture the next generation within their field.

The U.S. Election Assistance Commission recently concluded our third annual Clearinghouse awards, affectionately dubbed the “Clearies,” which recognize best practices in the field of election administration. This year, we dedicated the awards, in part, to Wendy’s life and many contributions to elections. Three out of the four initiatives recognized as Outstanding Innovations in Elections were led by women at the local and state level.

These women, and others who follow in their footsteps, will be the next generation of election administrators who will continue to uphold the principles to which Wendy was dedicated: professionalism, tenacity, and a dedication to public service. This month, in honor of Women’s History Month, the U.S. Election Assistance Commission will run a month-long campaign highlighting several leading “Women in Elections” and share their insights on the EAC’s Facebook, Twitter and Instagram. I hope you will join me in honoring these women and the contributions they have made to the field. Follow the conversation at #WomeninElections. 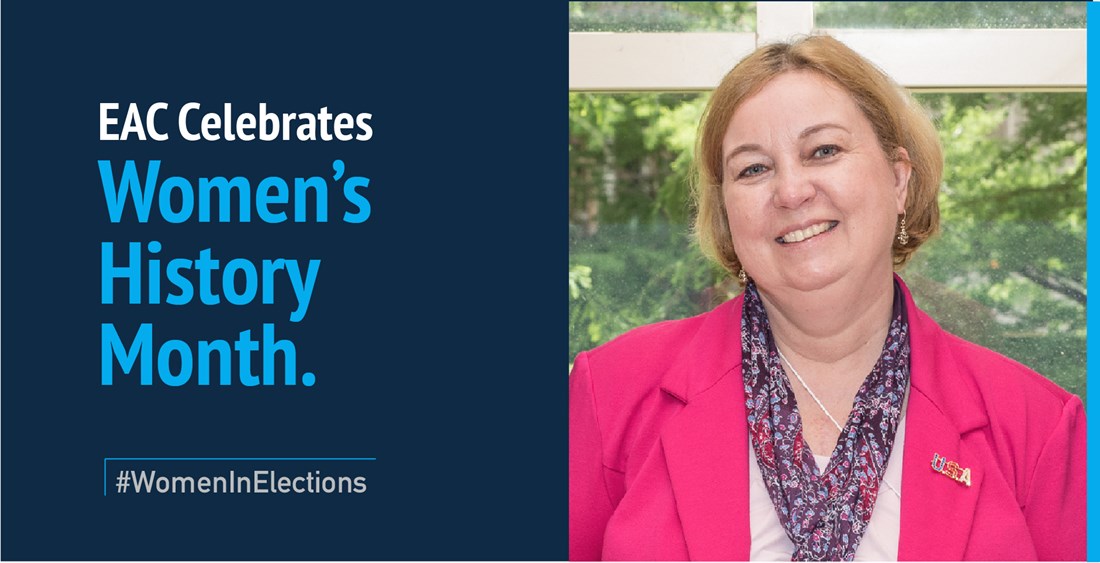