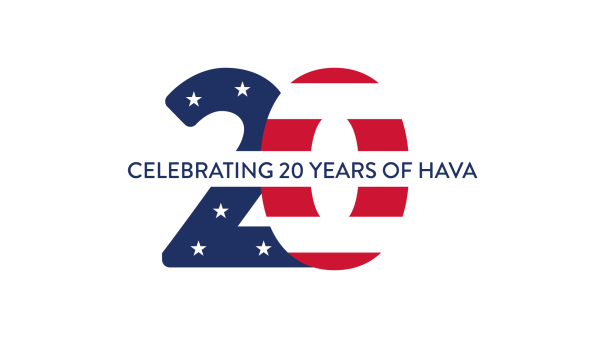 HAVA was signed into law by President George W. Bush twenty years ago, on October 29, 2002.

To celebrate all the work resulting from HAVA in the past 20 years, read this brief overview.

History of the National Clearinghouse on Election Administration (PDF)

The U.S. Congress first created a National Clearinghouse for Information on the Administration of Elections within the General Accounting Office (GAO), under the Federal Election Campaign Act of 1971.  Congress established this office in an effort to combat a specific problem:  the country's election administrators were not easily exchanging information on election practices and procedures that would enable them to more efficiently administer elections.

In 1975, this function was transferred to the Federal Election Commission (FEC) by the Federal Election Campaign Act Amendments of 1974.  The Act, as revised, specifically calls upon the Commission to serve as "a national clearinghouse for the compilation of information and review of procedures with respect to the administration of Federal elections."  The FEC's National Clearinghouse on Election Administration (the Clearinghouse) was established to serve that function. The office was also known as the FEC Office of Election Administration (OEA).

The Clearinghouse organized its activities into six program areas:  research; information; public speaking; election legislation; voting system standards; and voting accessibility.  The first four program areas are the result of the original Congressional mandate.  The Clearinghouse assumed the latter two programs as a result of further specific Congressional action in 1980 and 1984, respectively. With the enactment of the National Voter Registration Act of 1993 (NVRA), the Clearinghouse was charged with (1) developing and maintaining a national mail voter registration form; and (2) submitting a biennial survey report to Congress on the impact of NVRA and changes in voter registration statistics.

HAVA was passed by the U.S. Congress in 2002 to make sweeping reforms to the nation's voting process. HAVA addresses improvements to voting systems and voter access that were identified following the 2000 election. HAVA mandates that EAC test and certify voting equipment, maintain the National Voter Registration form and administer a national clearinghouse on elections that includes shared practices, information for voters and other resources to improve elections. Section 803 of HAVA transferred the functions of the FEC's National Clearinghouse on Election Administration to an Election Assistance Commission (EAC). HAVA describes the clearinghouse role of EAC.

Section 202 of the Help America Vote Act (HAVA) describes the duties of the U. S. Election Assistance Commission (EAC).  HAVA states that the Commission shall serve as a national clearinghouse and resource for the compilation of information and review of procedures with respect to the administration of Federal elections.  EAC shall establish and maintain a clearinghouse of information available to the public on:

SEC. 206. Dissemination of Information. In carrying out its duties, the Commission shall, on an ongoing basis, disseminate to the public (through the Internet, published reports, and such other methods as the Commission considers appropriate) information on the activities carried out under this Act.