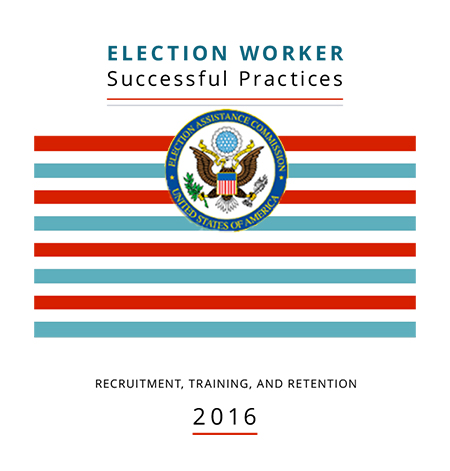 Recruiting election workers for the 21st century requires new approaches that take advantage of innovative tools as well as making use of time-tested methods in order to reach all segments of our diverse population.

More is required than just adequate staffing at the polling place. Today's election work force participates not only in Election Day precincts, but vote centers, early voting, absentee and early tallying boards, recount boards, and post-election audits. Below you will find information on EAC's National Competition, EAC Resources and examples from State and Local jurisdictions for training and retaining election workers.

Today the EAC announced five winners of its best practices competition for recruiting, training, and retaining election workers. These programs were selected by a panel of election officials based on criteria including;

City and County of San Francisco Department of Elections