Celebrating HAVA at 20: Security and Technology in Elections 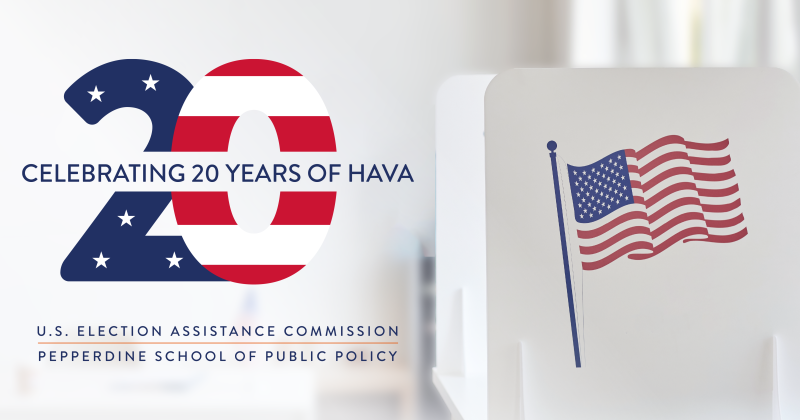 In part two of the four-part “Celebrating HAVA At 20” blog series, we provide key takeaways on how the development of technology has impacted election security. 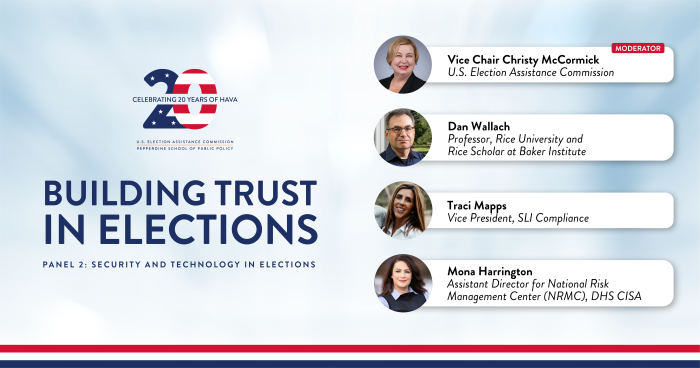 How the development of technology has impacted election security

Technology has transformed American elections as well as election security over the past 20 years. During the event’s second panel, “Security and Technology in Elections,” EAC Vice Chair Christy McCormick led a discussion on this with Mona Harrington, who at the time was acting, and is currently Assistant Director of the National Risk Management Center at the Cybersecurity and Infrastructure Security Agency (CISA), Traci Mapps, Vice President of voting system test laboratory SLI Compliance, and Rice University Professor Dan Wallach.

“Election officials find themselves now needing to be well versed, if not experts, in IT and cybersecurity,” said Vice Chair McCormick in her opening remarks. “This is a whole new role in elections that never existed previously. There's been a lot of media attention on the election process and election technology in the past five years, and the American public wants to know what election officials are doing to safeguard the foundation of our democracy.”

Ms. Mapps discussed the critical responsibility of voting system test laboratories, also known as VSTLs, in ensuring that elections and voting equipment are secure. “With the increased concerns around elections and in an effort to increase confidence, we have been requested and have worked with election administrators to perform pre- and post-lexicon fission checks,” said Ms. Mapps. “This is done to verify that only certified or expected versions of the software and no unauthorized software is present on the election system that could compromise the integrity of the election process.”

Ms. Harrington explained how elections have multiple layers of security. “I think the election community does an incredible job with defense in-depth,” said Ms. Harrington. “So, if you talk about voting machines, you are not just talking about the VVSG [Voluntary Voting System Guidelines] and what those standards are.  You are also talking about all of the physical controls and other compensating controls, post-election audits, and logic and accuracy testing. The combination is what gives you the accurate picture of what the security looks like.”

Additionally, the panelists analyzed the increased coordination between government and private sector partners to keep elections secure and how election officials are handling the physical and cyber threats made to election officials and election infrastructure.

“It would have been incomprehensible for me to say that 20 years ago our local election officials need to deal with foreign overseas adversaries trying to tamper with our elections,” said Professor Wallach. “Yet today, that's what we deal with.  And it creates an amazing challenge, but also an amazing opportunity to create these federal, state, and local partnerships to bring the expertise to bear on the problem.”