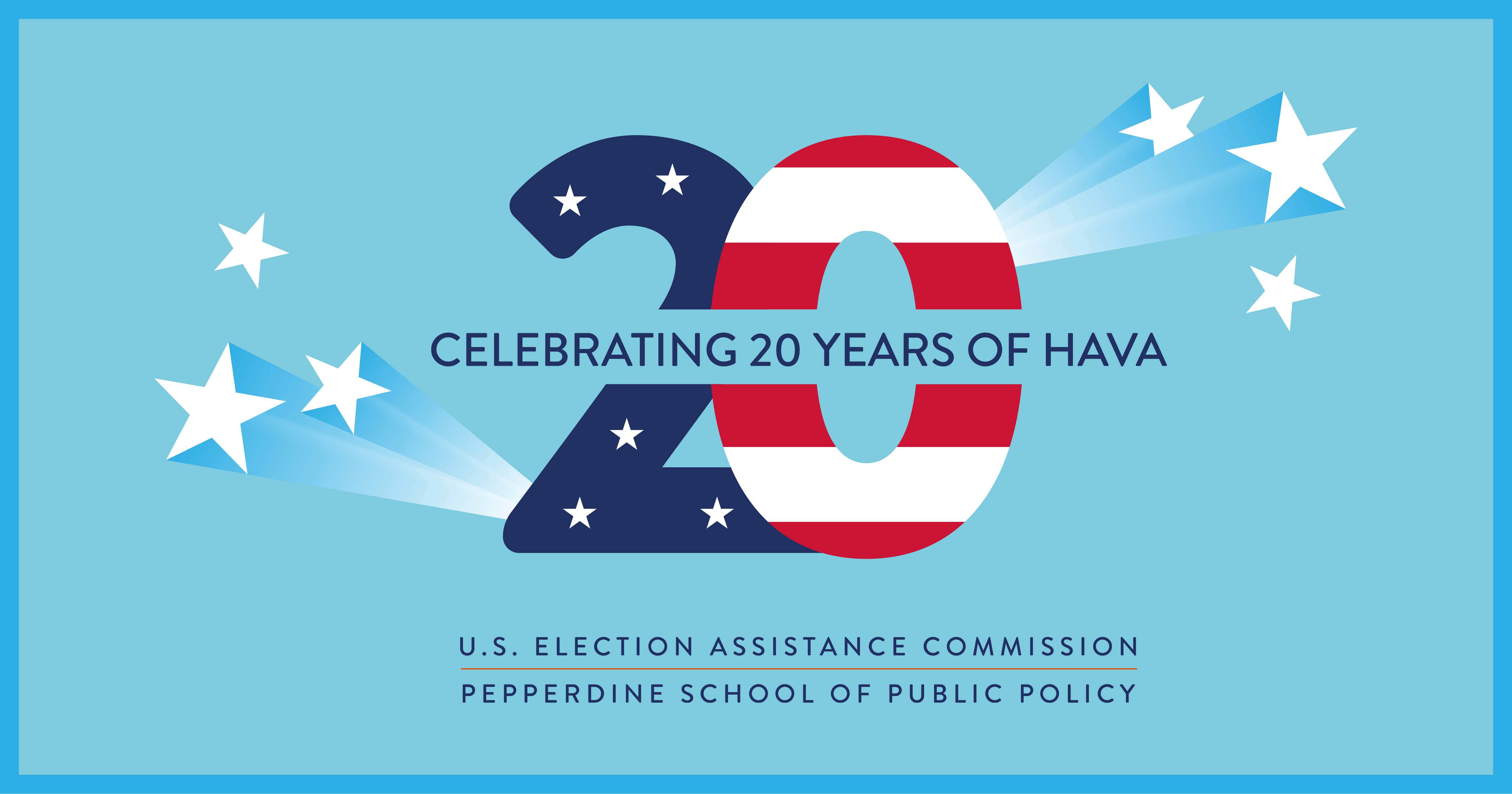 In part three of the four-part “Celebrating HAVA At 20” blog series, we provide key takeaways on how the funding of election administration through HAVA grants has changed over the last 20 years and how it should continue to evolve. 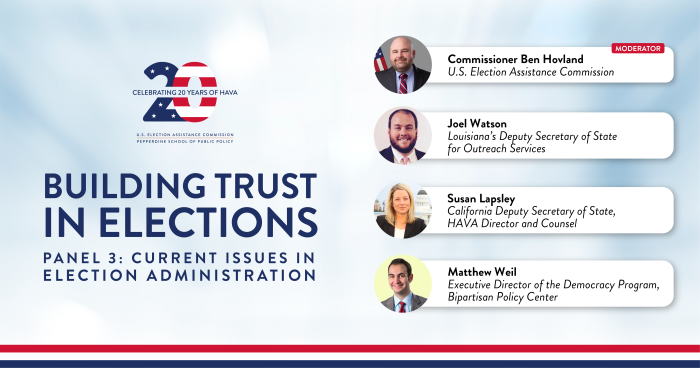 The passage of HAVA in 2002 marked a critical federal investment in election administration infrastructure. But what kinds of resources and funding gaps do election officials have today? Commissioner Ben Hovland led the event’s third panel on this topic with Joel Watson Jr., Louisiana’s Deputy Secretary of State for Outreach Services; Susan Lapsley, California Deputy Secretary of State, HAVA Director and Counsel; and Matthew Weil, Executive Director of the Democracy Program, Bipartisan Policy Center.

To start off the panel, Commissioner Hovland remarked, “The nature of the threats that the elections community is facing are those that demand long-term investment in the infrastructure of our democracy.  And while this panel is primarily focused on election funding and the need to invest in its system to ensure its lasting success, we must never forget the most important element of our democracy, and that is its people.”

Since 2018, Congress has appropriated $880 million in grant funding for state and local election offices to improve election security.  Each state has used this funding to address different needs, like replacing voting equipment or providing training for election workers. 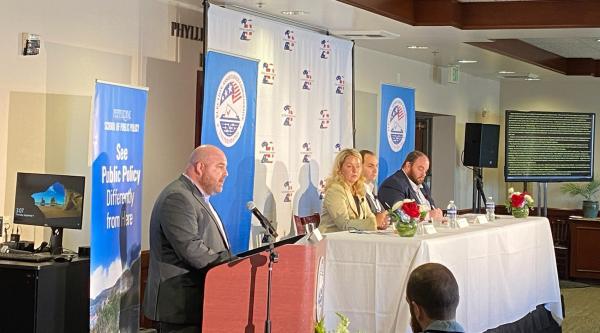 “The Help America Vote Act's funding mechanism has helped Louisiana during three critical moments in the past 20 years,” said Mr. Watson. “The replacement of lever voting machines in the earliest days of HAVA, the onset of the COVID-19 pandemic mixed with our post hurricane recovery, and our current move to a new paper-based voting system.”

Congress provided $400 million of critical funding during the 2020 primary election season as part of the Coronavirus Aid, Relief, and Economic Security (CARES) Act. Ms. Lapsley commented that the CARES Act had a huge impact on California’s elections at the local level.  “The majority of that funding went to the counties for staffing, for PPE, for polling location requirements, and that funding was really a game changer for us as a state.”

While the panelists agreed that HAVA funding has been helpful, they stressed that getting steady, dependable funding is vital for long-term election planning as well as for security. Mr. Watson highlighted that a lack of funding between 2010 and 2018 created budget gaps for election officials and steady funding “would give us the consistency that we need to properly run elections.”

“Elections need to be funded in a consistent amount by the state, local and federal government,” said Ms. Lapsley. “You can't wait until your voter registration system is on its last leg and the servers no longer are operable and secure.  You have to have ongoing funding at a rate that is sufficient to actually get it done.”

Mr. Watson also stressed that HAVA funding could be more effective when distributed in advance of instead of during an election year. “For many reasons, money that's appropriated in the federal election year isn't going to have much of an impact on that upcoming federal election,” said Mr. Watson.  “But because of the expectations that members of Congress and their staff might have about federal funding, it ends up being a feedback loop of evidence why federal funding isn't very effective because it's not fixing the problems right away.  And that's never how federal funding is going to work.”

When looking to the future of election funding, Mr. Weil said, “I think my hope is it gets out of the cycle that we only fund in a substantial way after a crisis or after something melts down.  That's not a really good way to do this… I think there are ways of doing this that have to be explored and currently aren't being talked about in a real way at the federal level.”