Celebrating HAVA at 20: Future of Elections—HAVA 20 Years From Now 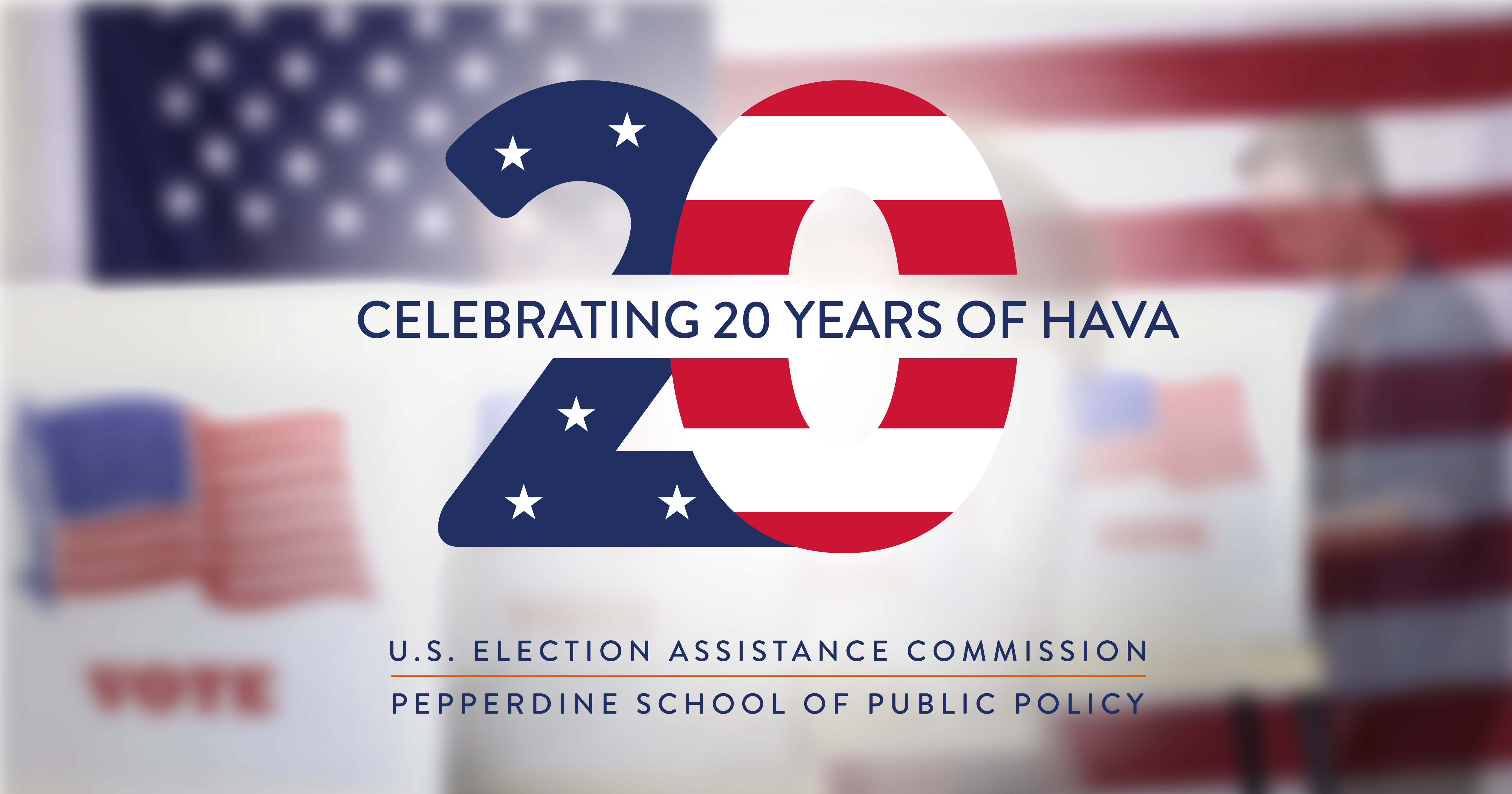 In the last of the four-part “Celebrating HAVA At 20” blog series, we provide key takeaways on how the passage of HAVA has impacted elections over the last 20 years and how it should change over the next 20 years. 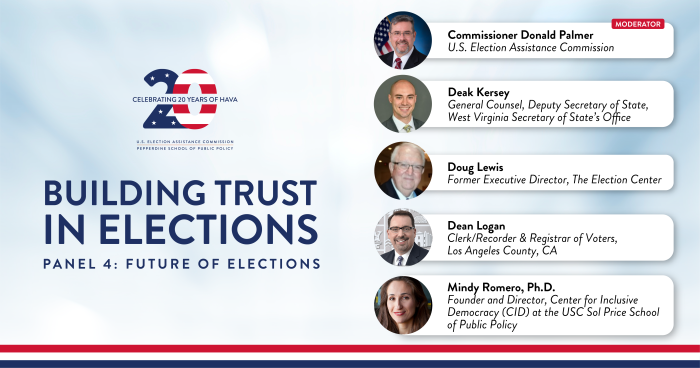 HAVA was passed in response to the election crisis of 2000—five years before the iPhone was invented. Much has changed with technology and election administration since then. The fourth and final panel addressed how HAVA is still relevant, how elections will evolve in the future, and what can be done to continue to inspire confidence in our elections.

The discussion was led by Commissioner Donald Palmer. Joining him were Doug Lewis, formerly of the Election Center; Dean Logan, the Clerk/Recorder & Registrar of Voters of Los Angeles County, CA; Deak Kersey, General Counsel, Deputy Secretary of State of the West Virginia Secretary of State’s Office; and Mindy Romero, the Founder and Director of the Center for Inclusive Democracy (CID) at the USC Sol Price School of Public Policy.

“Since 2002, our voting systems have never been more secure, more accessible, more usable to the public and to our election officials,” said Commissioner Palmer. “From a fundamental level, our voting equipment has never been more accurate. That was the whole purpose of HAVA.”

Many aspects of election processes have quickly progressed over the past twenty years since HAVA was initiated, however, as Mr. Lewis explained, it is critical that we continue to invest in our election technology. “The election systems today are infinitely better than they were 20 years ago,” said Mr. Lewis. “One of the problems that we heard today is we don't replace them often enough.” He added, “if you think good elections are expensive, wait until you have a bad one. I guarantee you; it gets really expensive at that point.”

In addition to election systems, the panel examined how technology, election security, and voter trust can be addressed in the future. 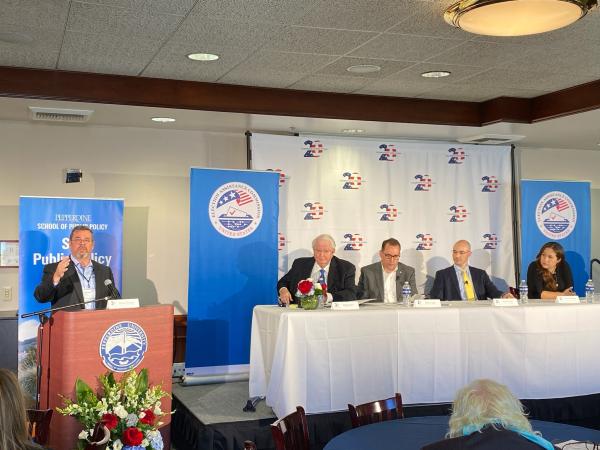 When reflecting on the last 20 years, the panelists noted that HAVA and the EAC have had an instrumental impact on today’s elections and will continue to do so in the future, such as on election security. “The EAC plays a major role in the sense of doing processes that are so complicated that the general public doesn't understand them,” said Mr. Lewis. “But it's absolutely necessary to protect elections.”

Mr. Kersey added that as election technology continues to evolve, the EAC will need to lead the effort to develop standards that balance accessibility with security. “We don't have another EAC-like agency that can lead this charge,” said Mr. Kersey. “FVAP [Federal Voting Assistance Program] does it for UOCAVA [Uniformed and Overseas Citizens Absentee Voting Act], but we don't really have an ADA side of the world for our absentee voters. The EAC seems to be naturally fitted to fill this role.  They have developed standards for in-person voting systems and this, perhaps, is an opportunity looking forward to developing standards for other systems by looking at e-poll books, looking at electronic ballot absentee delivery and marking, and other things.”

With the evolution of election technology, Dr. Romero underscored the need for increased election funding and public support for these changes. “I think particularly if you're talking about upgrades in technology and the environment we are in, people can be even more suspicious, if you will, in terms of what are those new technologies for?” said Dr. Romero. “All the more important that as we are seeking funding, that we really are making sure that we are building trust over time with voters.”

Mr. Lewis highlighted the importance of election officials to running secure and accessible elections. “Those of you who are elections officials, this country needs you,” said Mr. Lewis. “America appreciates what you do.  And we need you desperately to make sure democracy survives through all of the tribulations.”