Election officials and others in the field of election administration use a variety of technology to manage and analyze the election process. From data visualizations to polling place management tools to creating apps to leveraging social media, officials are finding creative ways, both high-tech and low-tech, to integrate these tools into their day-to-day work.

During the past several years, social media tools such as Twitter, Facebook, and Instagram have grown in popularity across America. In this episode, David Bjerke, Director of Elections and General Registrar of Voters in the City of Falls Church, Virginia, discusses ways election officials can harness free social media tools this fall and beyond. Read the press release.

Election Day is an incredibly busy time for election officials, and among the many tasks they have is managing incoming information about challenges poll workers or voters are facing at the polls. Providing feedback and assistance as quickly as possible is an important part of running a successful election. Cook County, Illinois uses a call center and data management tool called an Automated Call Form to manage, sort, and provide an immediate response to reported issues. In this video Noah Praetz, the director of elections in Cook County, describes how this system works, why it was created, and how other jurisdictions can use the system as well. Read the press release.

Running a successful election involves an extensive amount of preparation. Election officials must plan for how many poll workers and voting machines are needed at thousands of polling locations across the country, as well as estimate how many voters will show up at these polling locations. Caltech and MIT's Voting Technology Project has created an Election Management Toolkit, which shares tools to help election officials project the number of voting machines and poll workers needed while estimating wait times for voters. In this video, Charles Stewart III, professor of political science at MIT, and Alysoun McLaughlin, Deputy Election Director from Montgomery County, Maryland, describe some of these tools and how they are used by election officials. Read the press release.

Election workers play a crucial role in success on election day. The recruitment of responsible and reliable election workers is a cornerstone of well-run elections across America. In order to pinpoint the best election worker candidates, LA County is experimenting with harnessing analytics to assist in identifying workers. In this video, Benjamin Uminsky, Data Scientist, LA County, discusses their use of predictive analytics and its positive results. Read the press release.

Election Data Visualizations From Around the Country 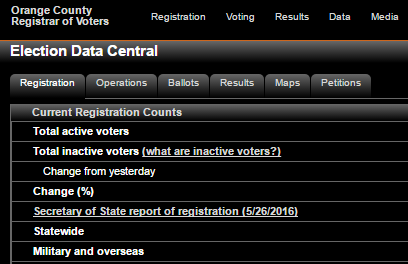