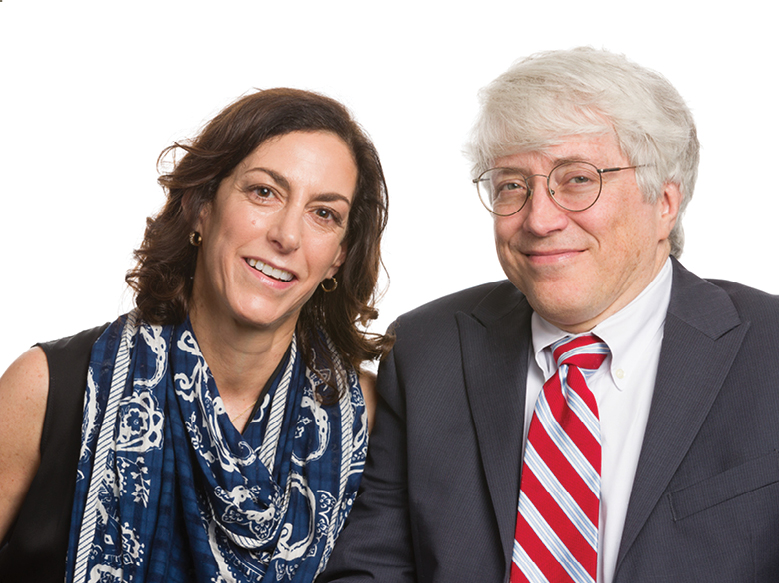 Professors Dr. Lisa Schur and Dr. Doug Kruse of Rutgers University recently issued their report “Disability and Turnout in the 2018 Elections.” I caught up with them to discuss some of their findings and how the report can assist voters with disabilities and election officials in the 2020 presidential election.

As the EAC celebrates the 29th anniversary of the Americans with Disabilities Act (ADA), it seems only fitting that we feature these two distinguished individuals on the important topic of empowering voters with disabilities in our representative democracy. I asked Dr. Lisa Schur and Dr. Doug Kruse a series of questions on this topic. Their responses and the questions are below.

EAC: Lisa and Doug, please tell us about your recent report entitled “Disability and Turnout in the 2018 Elections.” How do you believe the insights in this report can be used to help voters with disabilities and the election officials who serve them?

EAC: Lisa, the report shows that 24.5 million voters in the 2018 elections had a disability or lived with someone with a disability. This is equal to 20% of all voters in the midterms. Can you tell us more about these statistics and your thoughts on future trends in this area?

EAC: Lisa, July 26 marks the 29th anniversary of the Americans with Disabilities Act (ADA). Based on your research into the ADA, what more needs to be done to meet the promise of equal rights and access for Americans with disabilities?

Response: The ADA has increased inclusion in many areas of life for people with disabilities. However, we continue to see large gaps in several areas, especially employment and political participation. These gaps are related, as we find that employed people with disabilities are just as likely as employed people without disabilities to vote, whereas there is a large voter turnout gap among the non-employed. The 2008 ADA Amendments Act was critical in restoring the original promise of the ADA, in particular by ensuring that the definition of disability be interpreted broadly so that more people are covered. In line with the law, judges and election officials should use an expansive definition to accommodate people with a broad variety of impairments to encourage full political participation.

EAC: Doug, the 2018 midterms saw a notable surge in turnout amongst voters with disabilities. This is a positive development for policymakers, election officials, and the disability community. Do you have any early indications of whether this progress will continue in the 2020 presidential elections? Is this generally a nonpartisan trend?

EAC: Lisa and Doug, your recent report received national coverage and will help officials across the U.S. What are your plans for analyzing the disability turnout in the 2020 elections and beyond?

Thank you to Lisa and Doug for their tremendous research efforts and leadership in helping people with disabilities. With the 2020 federal elections around the corner, the disability community is mobilizing to improve voting access and increase registration and participation of voters with access needs. This research is an invaluable resource as election officials seek to harness this energy and serve voters with disabilities across America.

We look forward to future reports and contributions from this dynamic team of outstanding researchers.