We are continuing our 2019 series with a conversation between EAC Chairwoman Christy McCormick and Barbara Cegavske, Nevada Secretary of State.

Christy, EAC: Thank you for joining me for this series, Secretary Cegavske. I wanted to start by asking how your career in elections began.

Secretary Cegavske: My career in elections began long before my election to the position of Secretary of State. I think my passion began with my interest in education and specifically civics education. I have always understood the importance of civic engagement and the importance of making sure everyone has a voice in our election process through voting. As a Nevada State Senator, I served on the Legislative Operations and Elections Committee for five consecutive sessions, serving as Chair for three of them. Now, as Nevada’s Chief Elections Officer, I have had the opportunity to work to make Nevada’s elections as accessible and secure as possible. I’m extremely proud of my team and the close relationships we have developed with the local election officials in Nevada and am excited to continue this important work going in to my second term as Secretary of State.

Christy, EAC: We’ve spoken before about how data can be used to improve the process of voting for voters. Could you tell us about how the Nevada Secretary of State’s Office has used data to improve the voter experience?

Clearly, election officials generate and receive a great deal of data, from voter registration information to election results, and it can be daunting to look at all the data to try and use it to improve election administration and the voter experience. We recently created a new position within the Secretary of State’s Elections Division whose primary responsibility is process and analyze all the data we have.  This position is also working on improving data standardization statewide with the goal of making more of the data we receive actionable.

Secretary Cegavske: Ever since the designation of the nation’s voting infrastructure as critical infrastructure in January 2017, we have been working hard to improve the security of elections in Nevada. We worked with the Nevada Legislature and all 17 Nevada counties to secure funding for new voting machines with the latest security and encryption protocols. The new machines were used in the 2018 Primary and General elections.

We’ve also embraced the new threat and intelligence information sharing resources available to election officials. Nevada is one of only a few states to have all our local election officials signed up as members of the EI-ISAC.

Lastly, we have taken advantage of many of the free services offered by DHS to state and local election officials.

Christy, EAC: Nevada was one of the 55 states and territories who received a combined $380 million in 2018 HAVA funds. Tell me a little about how Nevada is using that money and what improvements Nevadans can expect to see in their election systems.

Secretary Cegavske: Nevada has a decentralized voter registration system, commonly known as a bottom-up system. Decentralization can be benefit when it comes to security because not all the information is held in one place, but it can also be a challenge because there are more systems you need to secure, and counties have varying resources and sophistication when it comes to cybersecurity.

We at the EAC would like to thank Secretary Cegavske for her insight. Keep checking our blog for conversations with “Women in Elections” throughout Women’s History Month and help us celebrate these leaders in the election community. 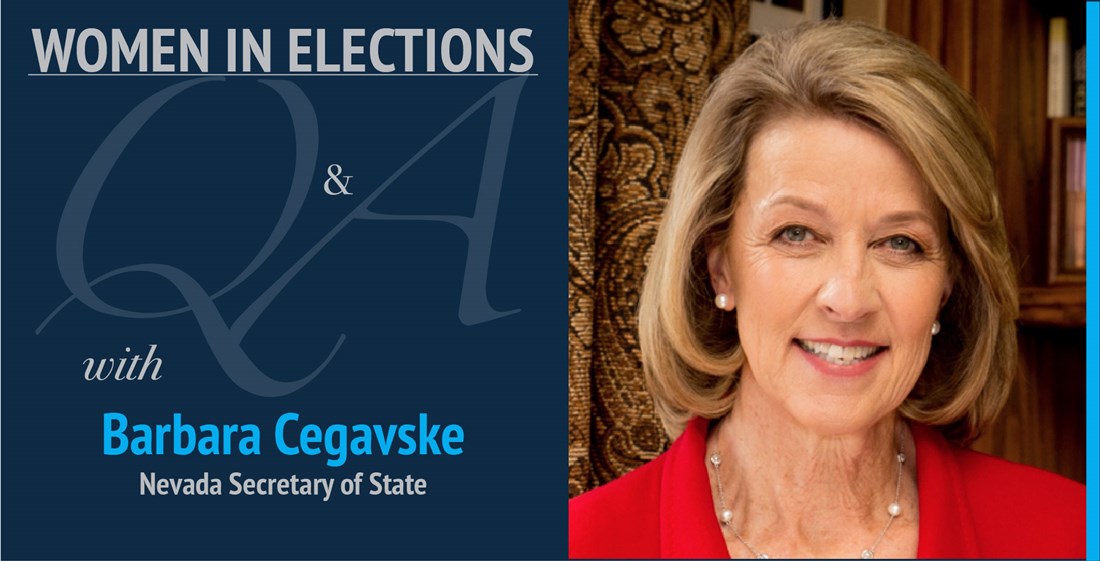