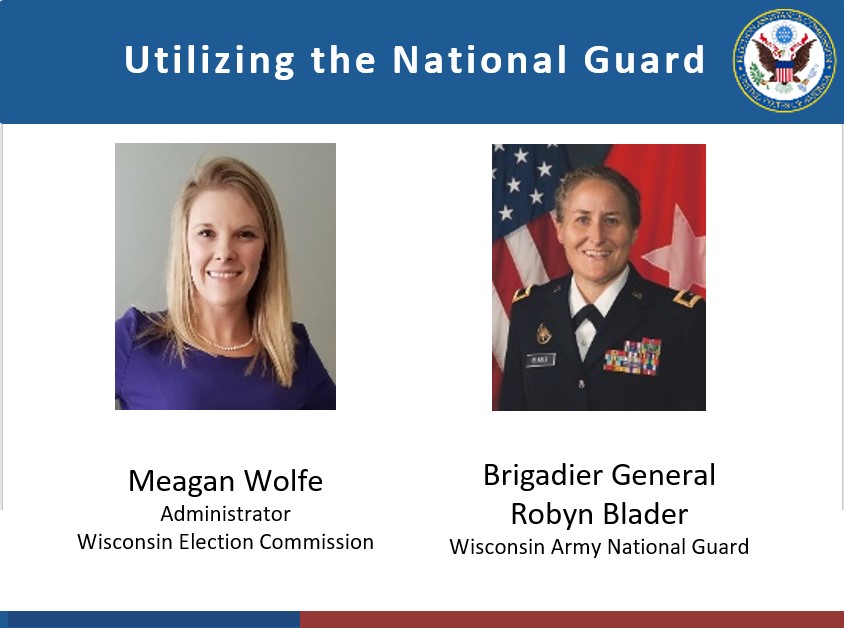 EAC Vice Chairman Donald Palmer was joined by Meagan Wolfe (Wisconsin Election Commission Administrator) and Brigadier General Robyn Blader (Wisconsin National Guard) for a Zoom interview to discuss how they worked together to utilize the National Guard for Election Day this spring. Below are some of the key considerations Ms. Wolfe and Brigadier General Blader shared for election administrators and National Guard members as they plan for upcoming elections, particularly during the COVID-19 pandemic.  Wisconsin National Guard members were trained and served as poll workers in two elections – the April 7th general election and the May 12th special congressional election in which 2,500 and 160 members participated respectively.

Exhaust All Other Resources

Both Meagan Wolfe and Brigadier General Blader stressed that all resources must be exhausted before the National Guard can be activated. Ms. Wolfe said a crucial step in preparing for Election Day was to submit a ticket with the Wisconsin State Emergency Operations Center with what they needed to support elections during the COVID-19 crisis. The two main categories of need were cleaning supplies and personal protective equipment (PPE), and additional personnel to work as poll workers. The State Emergency Operations Center worked alongside National Guard members to procure and distribute the cleaning supplies and PPE, and tried to fill the need for poll workers from outside volunteer organizations. State officials reached out to local Rotary Clubs, Kiwanis Clubs, public and private schools, state employees that were working from home, United Way, Salvation Army, churches, and many other organizations in an attempt to recruit additional replacement poll workers. However, both Ms. Wolfe and Brigadier General Blader mentioned that trying to fill the need for poll workers was a moving target since the numbers of available poll workers were constantly changing with some existing poll workers unable or declining to work the polling sites. Because they exhausted these resources and were still unable to fill the quota for poll workers, Wisconsin officials y were able to activate National Guard members to serve as poll workers. This was the first time the Wisconsin National Guard was been activated to assist with the type of mission.

Try to Plan Early as Much as Possible 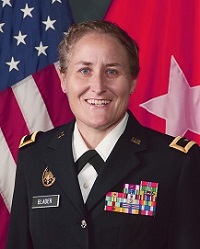 Brigadier General Blader also gave one of her key takeaways, saying that she, “…recommends planning for the November elections early. There needs to be those contacts, whether it’s the public health officials on getting guidance on how they can safely set up their polling stations. That’s stuff they can start implementing now.” Although guidance could change between now and November, the general ideas and restrictions will be the same, so planning and communication should already be taking place between state officials and National Guard contacts. Local election officials should begin thinking about how polling sites will need to be restructured in their set up, what cleaning supplies will be needed, and what supplies will be needed to implement social distancing such as tape for keeping voters six feet apart.

Communication is Paramount to Success

Successfully administrating an election during a pandemic is not an easy feat, a 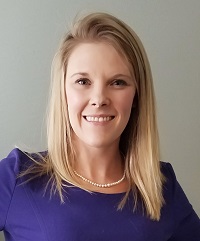 nd it is important to remember that election administrators are not alone in tackling that task. Ms. Wolfe said, “… We can’t do it alone… We have this wealth of expertise and of people that are there to support some of these efforts. Engage them, engage them as soon as you can to make sure that you’re leveraging all of the relationships that are out there and the support systems that you may have in your state.” Establishing communications and relationships early with the partners available, such as the National Guard, is crucial in preparing for an election and being able to adjust at the last minute if necessary, particularly during the pandemic.

Think of Ways the National Guard Can Help Before Election Day

With polling location cleanliness and personal safety the primary concern for Election Day preparations, Ms. Wolfe and her team were unsure of how they would be able to procure enough sanitation items and PPE for each polling location in Wisconsin. Adding on the tasks of sorting, dividing, and delivering the extra safety equipment became even more of a logistical concern to state officials. The first step that the Wisconsin Election Commission team took to tackle these tasks was to send out a survey to local election clerks to see what materials they needed for their poll sites and how critical the need for poll workers was. Ms. Wolfe and her team then communicated these needs to the National Guard and the Wisconsin State Emergency Operations Center, where they were able to procure everything the clerks requested. National Guard members then divided the supplies for each poll site and delivered them to the physical locations identified by state officials. This huge task would not have been completed without the assistance of the National Guard.

The Process of Deploying National Guard Members as Poll Workers

When a survey from local election clerks with their needs for Election Day came back to Ms. Wolfe, it showed that there was a need for over 7,000 poll workers. They were truly in an emergency situation, so Wisconsin activated the National Guard to have service members serve as poll workers. The process happened quickly, but Ms. Wolfe gave an overview of what it looked like.

On the Friday before the April election, state election officials had a conference call with all 72 county clerks on how the National Guard was going to assist at the poll worker level. This communication gave the clerks an opportunity to ask questions and provide feedback on the best way for the National Guard service members to be trained and integrated into the Election Day process. On Saturday approximately 2,500 service members were activated to fill as many local requests as they could. This early activation gave the members time to report to their assigned locations and complete their intake process with the National Guard. The next day the members started their online training through a new training system created by the state. When creating the online training Ms. Wolfe noted, “We wanted them to step into any role that was needed in those polling places.”

Brigadier General Blader noted, “We had very, very positive comments from the county clerks on how well our service members were trained.  They were so appreciative of that the training being completed prior to their arrival in their counties. That was credit to Meagan Wolfe and her team in getting that training put together.”

On Monday, the day before the election, the National Guard members reported to their assigned municipality so they could train on election duties with that specific clerk and familiarize themselves with the location. On Election Day, the service members reported to their assigned poll site not in uniform but rather in business casual clothing, so they appeared to be regular poll workers. Additionally, the service members were assigned to polling locations in the communities in which they resided pursuant to Wisconsin law, so they were often recognized as neighbors or colleagues of the voters they were serving. When asked about the impact that the National Guard had on the election, Ms. Wolfe said, “I still to this day, think that the National Guard was responsible for us being able to pull off opening polling places in all 1,850 municipalities.”

In her closing remarks Ms. Wolfe added, “The more you can do to plan for the worst, hope for the best, I think is really important as states head into the fall. Hope that you don’t have to utilize these emergency options, but know how you would in the event it arises.”

For additional information on how the Wisconsin Elections Commission and the Wisconsin National Guard worked together leading up to Election Day see: