By Christy McCormick and Ben Hovland 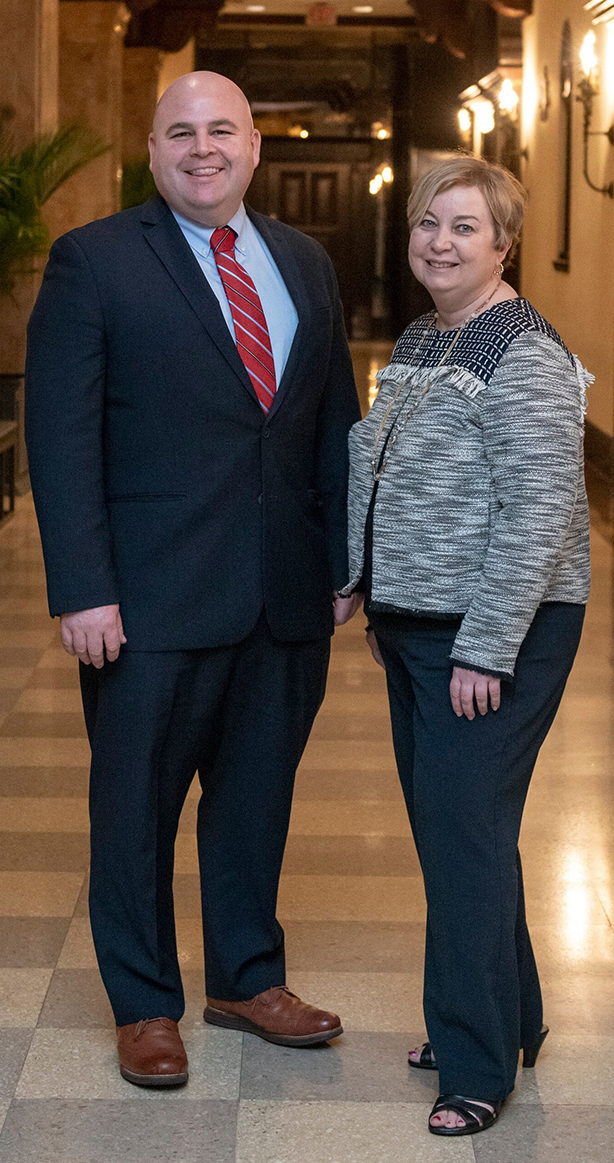 As most voters know, our nation has reached a critical crossroads when it comes to strengthening election security, accessibility, integrity and efficiency. However, most do not realize the growing role of the United States Postal Service (USPS) in ensuring all eligible Americans are able to cast a ballot. This is why Commissioners from the U.S. Election Assistance Commission (EAC) traveled to the National Postal Forum in Indiana, the “Crossroads of America,” this week to discuss how the USPS can work with election officials to better serve American voters as an increasing number of Americans are choosing, or required, to vote by mail.

The percentage of voters who cast their ballots on a voting machine at a polling place on Election Day has declined steadily over the past decade, while the number of states offering early voting, no-excuse absentee voting, and vote by mail has increased. Data from the U.S. Census Bureau indicates that during the 2018 Midterm Election, 39.8 percent of voters used an alternative voting method, such as early voting or vote by mail. In Indiana, 28.6 percent of voters cast their ballot before Election Day.

The use of mail to cast a ballot more than tripled between the 2008 Presidential Election, when 2.4 million were submitted, to 2016 when 8.2 million mail ballots were cast. One reason for this increase is there are now three states (Washington, Oregon and Colorado) that have moved to all-mail voting systems.

For Americans living or serving in the military overseas, voting by mail is often their only option, but the process is frequently mired in complications and delays. Active duty service members, their families and other Americans living overseas often must plan further ahead than the average voter, and take extra steps to make sure they are properly registered, in order to receive and return an absentee ballot.

Here at home, some Americans still depend on mail to vote because they have a disability that makes navigating physical polling places too difficult, or even prevents them from leaving their homes. Despite landmark legislation, such as the Help America Vote Act, voting gaps persist between eligible voters with and without disabilities. For voters with disabilities, a ballot that they can use at home with their own marking device may be the difference between being able to exercise their constitutional right to vote privately and independently, or not.

These are just a few of the examples why mail is critical to effective election administration. While the USPS may not dominate the discussion around elections, we cannot ignore the role this federal agency plays in our efforts to ensure every eligible voter is able to cast their ballot.

Security and accessibility are often framed as opposing forces in the debate around improving elections. However, both are integral to the overall integrity of America’s election system. Ensuring all eligible Americans are able to cast a ballot, no matter where they are in the world or what their mental or physical abilities are, is just as important as ensuring their vote is counted accurately. Forging relationships between local election administrators and postal officials, and the federal partners who advise them, will go a long way to ensuring this happens.

Voters too, have a role to play. As we prepare for the 2020 Presidential Election, we encourage voters across Indiana to register to vote or verify that their current registration is up to date. If you will need to vote by mail, please assume at least one week for USPS delivery each way, and consult your local election officials to learn more about the requirements to request and return your ballot.

Our participation in this week’s forum, as well as our visits with voters and election officials in Indiana, has once again demonstrated the mutual desire of local election officials, federal agencies and private citizens to work together to ensure elections that are both accessible and secure. Election officials in Indiana and across the nation continue their diligent efforts to ensure every eligible voter has the opportunity to cast their ballot with confidence. As Americans, we should cherish the right that we have to participate in our democracy, whether we do so at the polls or by mailing our ballot.

Christy McCormick is the Chairwoman, and Ben Hovland, the Vice Chair, of the U.S. Election Assistance Commission. Both attended the National Postal Forum in Indianapolis this week.