Partnering to Empower Voters with Disabilities 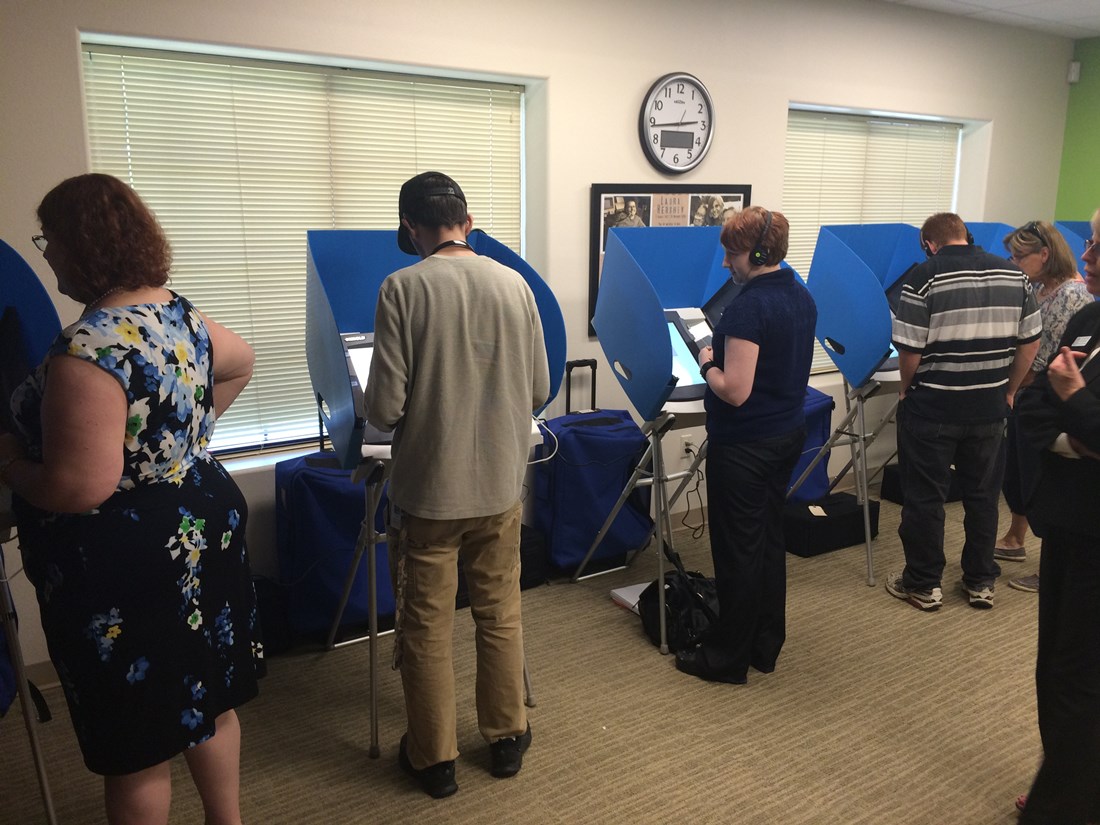 During July, the U.S. Election Assistance Commission (EAC) plans to celebrate the anniversary of the Americans with Disabilities Act (ADA), along with voters with disabilities and the election officials who serve them. We recently caught up with Chuck Broerman, Clerk and Recorder, El Paso County, Colorado, and his team about their polling place partnership to assist voters with disabilities.

Launched in 2016, the El Paso County Elections Department collaborates with the local Independence Center for Southern Colorado to offer a universally accessible polling place for voters with and without access needs. A recipient of a 2017 EAC Clearie award for Improving Accessibility in Elections, the El Paso County initiative is an outstanding example of the power of people coming together to help voters with disabilities and poll workers. 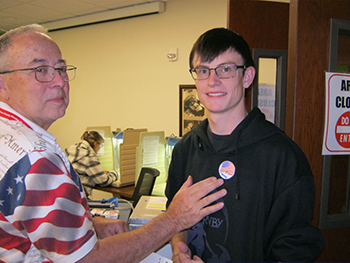 EAC: Please tell us about your award-winning accessible polling place partnership with the Independence Center for Southern Colorado to assist people with disabilities in the voting process.

For the Presidential Election in 2016, The Independence Center operated for two days as a highly accessible Voter Polling and Service Center (VPSC). Staff at The Independence Center included election judges who had been specifically trained in disability etiquette, and American Sign Language (ASL) interpreters. As at all VPSCs, voters could vote by paper ballot or on an electronic voting machine. The Independence Center was open to all voters, but focused on providing additional services for individuals with disabilities.

The Independence Center continued to operate as a VPSC for the 2017 Coordinated Election and again during the 2018 Primary Election. 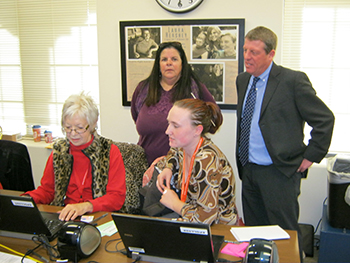 EAC: As a component of your initiative, the El Paso County elections department works with The Independence Center to provide specialized poll worker training to better assist voters with disabilities. How has the training helped enhance polling place services for voters with access needs?

During the past few years, improvements to accessibility were The Independence Center training election judges in disability etiquette, open houses to demonstrate how to use election equipment, ASL interpreters available to assist voters, and the Clerk’s Office production of its first ASL-interpreted sample ballot for the 2017 Coordinated Election. Across the county, The Independence Center provides Disability Awareness Training to all Election Judges. This training introduces participants to: the importance of awareness and inclusion for people with disabilities, the definition and expanse of types of disability, appropriate communication and interaction suggestions and ways to make polling places and community spaces more accessible. The trainers are people with both hidden and visible disabilities who are able to share their personal experiences of both positive and negative interactions with accessibility. Additionally, this year TIC added a training class for our judges who deliver ballots to our health care facilities.

EAC: What tips or best practices could you offer election officials interested in starting a similar program?

El Paso County is committed to continually going above and beyond our statutory obligations to serve our residents. Accessible voting should be an everyday concern; we feel it is important to seek out partnerships in your community and begin building those relationships. The resources are there, so you don’t have to reinvent the wheel.

EAC: In the 2016 election, more than 450 voters with and without disabilities utilized The Independence Center to cast their ballot. How is your planning coming along for the 2018 Federal Election?

EAC: What types of feedback have you received from voters, poll workers, and people in the disability community regarding this innovative effort?

We have received positive feedback from voters and judges. The judges learn how to avoid awkward situations by asking before they assist, use person-first language, and are shown techniques such as sighted guide. Although our VPSCs are set up with accessibility in mind, the judges know what to look for and report back anything they see that might not meet the specifications.

Regarding the outstanding services from poll workers, one voter with a disability commented, “Those judges really know how to work with people. I use a wheelchair, because of my amputation, and they made sure everyone was taken care of quickly. I didn’t feel like they were nervous about interacting with me at all. They treated me special, but just as special as everyone else.”

We would like to thank the El Paso County Elections Department for their innovative award-winning program and impactful outreach efforts. This type of partnership depicts the true spirit of our nation’s landmark voting rights laws to assist voters with disabilities. Check in with us next week as the EAC continues our recognition of accessible elections across the United States.