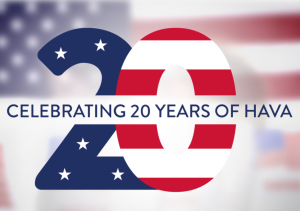 Twenty years ago, the Help America Vote Act was signed into law by President George W. Bush on October 29. The landmark legislation addresses a variety of improvements to voting systems and voter access that were identified following the 2000 election.

"The 2000 election was a clear inflection point for our electoral system – not only revealing the challenges of our election infrastructure at the time, but also setting the stage for a continuous stream of improvements that have led to expanded voting access and technology nationwide. As we celebrate the 20th anniversary of the Help America Vote Act (HAVA), we acknowledge the immense advancements made at the local, state, and federal levels since the passage of this landmark legislation."

HAVA at a Glance

For more information on this historic legislation, visit www.eac.gov/hava.