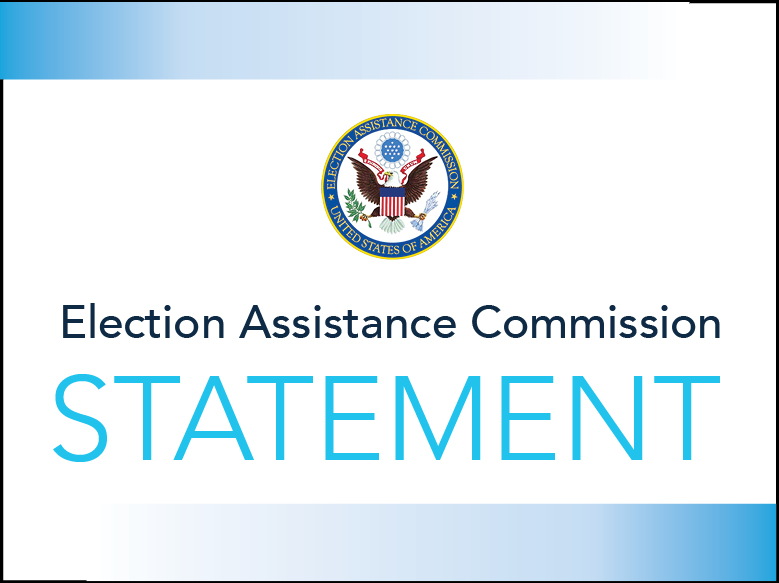 “The ADA was historic legislation that enshrined protections for people with disabilities against discrimination and ensured their right to fully participate in all aspects of public life. The EAC’s founding document, the Help America Vote Act of 2002 (HAVA), further strengthened these protections by advancing the rights of voters with disabilities to cast their ballot privately and independently.

“HAVA also charged the Commission with helping election officials administer accurate, accessible and secure elections. Since then, the EAC has committed to this principle by providing resources, promoting best practices, educating voters with disabilities about their rights, testing and certifying voting systems to ensure they are accessible to all, as well as advocating for systems and practices that expand access and increase security.”

“Much of the public’s attention heading into the 2020 Presidential Election is focused on security – and for good reason. As the elections community focuses on increased confidence throughout the voting process, we are here to champion HAVA’s promise of a private and independent vote for people with disabilities.”

“As we work toward the full implementation and realization of the protections contained in the ADA and HAVA, the EAC celebrates today’s anniversary and recognizes the progress that has been made and recommits ourselves to the effort of ensuring that elections are both accessible to voters with disabilities and secure.”

This past Sunday, ahead of today’s anniversary, all four EAC Commissioners discussed election accessibility and security during the National Council on Independent Living’s (NCIL) annual conference in Washington, DC. At the session, the Commissioners led a dialogue on the voting rights of people with disabilities and how to ensure that security measures do not infringe on those rights. The 90-minute segment featured a moderated discussion, as well as an open forum for NCIL members to share their experiences at the polls, feedback the Commissioners will use to shape future EAC efforts to enhance accessibility for the ever-growing population of voters with disabilities across the U.S.

Commissioners met with more than 50 voters with disabilities and received invaluable input about their experiences and needs. Find out more about the session.

For more information about the EAC’s efforts to assist voters with disabilities and the election officials who serve them, please visit the following links:

For more information about today’s statement or the EAC’s work to ensure accessible and independent voting for all Americans, please contact Brenda Bowser Soder at bsoder@eac.gov.