EAC Meeting to Vote on Adoption of VVSG 2.0 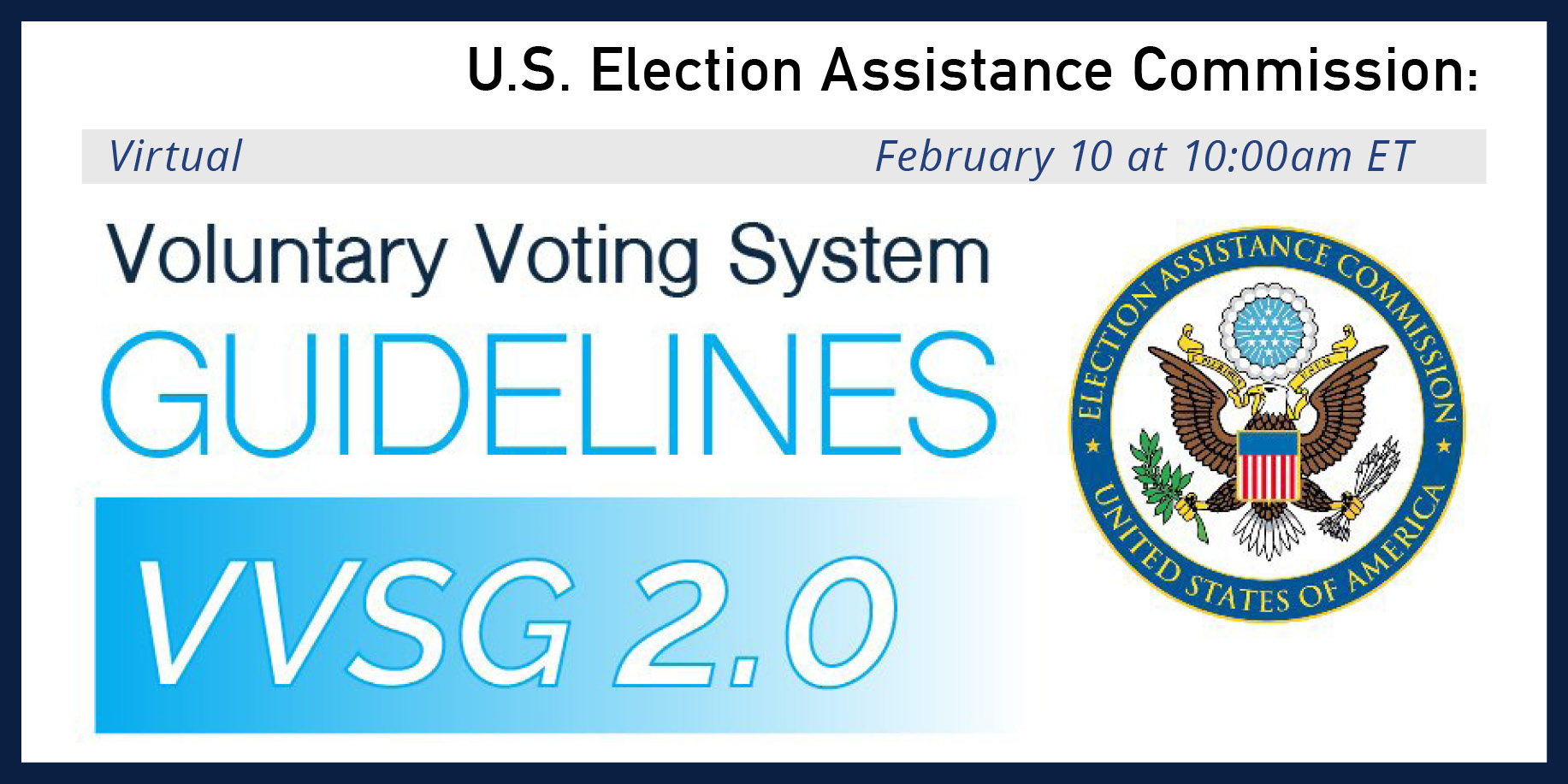 The official meeting was open to the public and was livestreamed on the U.S. Election Assistance Commission YouTube Channel. Here is the video link: https://www.eac.gov/videos/eac-meeting-vote-adoption-vvsg-february-10-2021

Purpose: In accordance with the Government in the Sunshine Act (Sunshine Act), Public Law 94-409, as amended (5 U.S.C. 552b), the U.S. Election Assistance Commission (EAC) conducted an official meeting on the Voluntary Voting System Guidelines (VVSG) 2.0.

The U.S. Election Assistance Commission (EAC) heard a presentation about the VVSG 2.0 from EAC Executive Director Mona Harrington and considered the VVSG 2.0 for adoption.

The Federal Election Commission published the first two sets of federal standards in 1990 and 2002. The EAC then adopted Version 1.0 of the VVSG on December 13, 2005. In an effort to update and improve version 1.0 of the VVSG, on March 31, 2015, the EAC commissioners unanimously approved VVSG 1.1. This document is scheduled to be published in the Federal Register on 01/26/2021 and available online at federalregister.gov/d/2021-01805, and on govinfo.gov Throughout 2020, EAC staff worked with the National Institute of Standards and Technology (NIST), the EAC’s advisory boards, and gathered input from the public to advance the latest iteration of the VVSG.

The EAC submitted the proposed VVSG 2.0 Requirements to the Standards Board and Board of Advisors executive committees for review on March 11th. The virtual annual meeting for the EAC Board of Advisors was held on July 17th, and the virtual annual meeting for the EAC Standards Board on July 31st. Both meetings focused on VVSG 2.0. The Standards Board passed a resolution recommending adoption of the VVSG 2.0 Requirements. VVSG 2.0 virtual hearings were held on March 27th, May 6th, and May 20th to accept feedback and testimony from stakeholders.

On March 24th, the EAC initiated a 90-day public comment period on the VVSG 2.0 Requirements which concluded on June 22nd. The EAC received 77 sets of comments and a total of 1,660 comments. The comments predominately focused on accessibility, ambiguity and vagueness of requirements, inconsistent terminology, and additions and changes to the glossary.

The EAC worked on numerous parallel paths in order to submit the VVSG 2.0 to the Commissioners for adoption. Throughout the summer and fall, the EAC's staff met twice per week with the NIST Voting Systems Program to evaluate and resolve public comments on the requirements. EAC staff updated the Voting System Test Laboratory Program Manual and Testing and Certification Program Manual, and developed test assertions to support the VVSG 2.0.

This meeting was open to the public.

Verbatim for EAC Meeting to Vote on Adoption of VVSG 021021