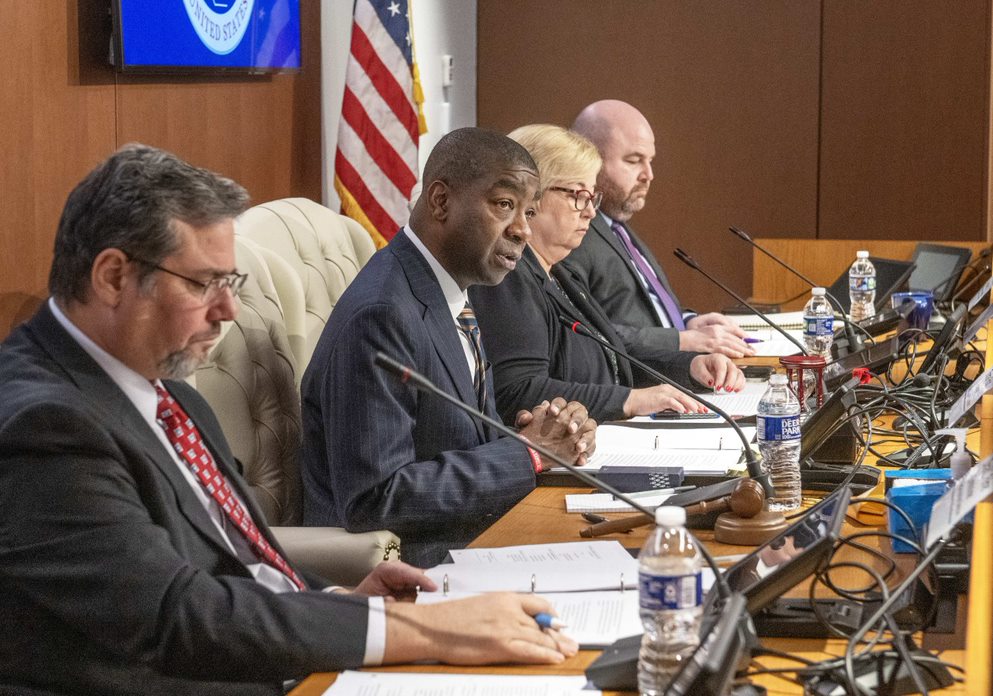 On November 15, one week after Election Day, the U.S. Election Assistance Commission (EAC) held a public hearing featuring a panel reflecting on lessons learned during the 2022 midterm election. The panel comprised The Honorable Tahesha Way, New Jersey Secretary of State and president of the National Association of Secretaries of State (NASS), Meagan Wolfe, Administrator of the Wisconsin Elections Commission and President of the National Association of State Election Directors (NASED), and The Election Center’s Executive Director Tim Mattice.

In his opening remarks, Chairman Thomas Hicks thanked election officials, staff, and volunteers for demonstrating their commitment to serving communities and delivering free and fair elections. "Election administration officials faced another election cycle in a challenging environment—new laws and regulations, supply chain shortages, and an evolving threat landscape have tested our electoral system," said Chairman Hicks. "Despite these challenges, new people stepped up as poll workers just as they did in 2020.”

Secretary Way, who testified in person, listed national takeaways from the election, such as the need for increased collaboration between stakeholders, having plans in place to counter incidents and challenges, the resilience of our democracy, and building upon our increased cybersecurity protections. 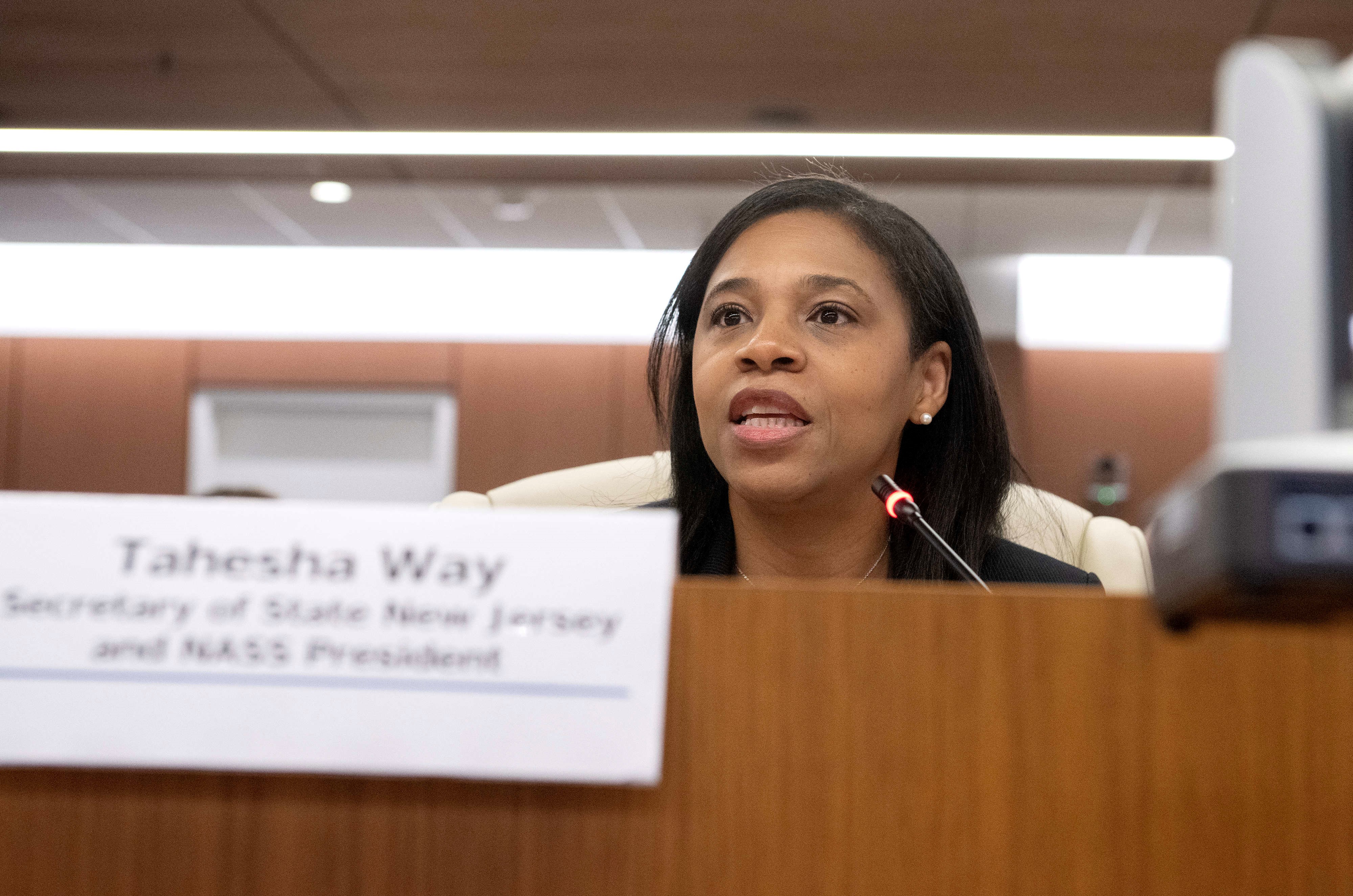 “From a cybersecurity perspective, the election administration community and those that support us have come so far in the past five years," said Secretary Way. "We progress with each election, adding cybersecurity protections and robust plans for resilience and response. Our elections are a target for bad actors, including nation-states, cybercriminals, and others. That is not going to change. Therefore, we must remain vigilant by improving our defenses and maintaining strong threat awareness.”

Secretary Way also touched on the effectiveness of election officials to rapidly address issues as they arose on November 8. “As with every election, there were isolated administrative and technology issues on Election Day and during early voting," said Secretary Way. "However, we had backups in place to protect vote casting and tabulation from being compromised on these prospective issues. I know in New Jersey a few counties activated their continuity of operations plans. These plans ensured our county election partners had plan B, plan C, and all the way on to plan Z to counter any incidents and challenges.”

Ms. Wolfe and Mr. Mattice, both of whom appeared virtually, noted that addressing mis- and dis-information became one of the biggest security challenges for election officials during the 2022 election cycle.

"False information about election administration continues to be one of the greatest problems facing our field," said Ms. Wolfe. "And unfortunately, it touches every single part of what we do, before, during, and after Election Day." She voiced her concerns for the demand it has taken on resources at the state and local level to respond to questions and open records requests as well as to safeguard election officials.

"The challenges of mis-information and dis-information have resulted in physical threats to the gatekeepers of our democracy for doing their jobs, for following their state laws," said Mr. Mattice. "It boggles your mind."

He added that Election Center members who have served as election administrators for several years have told him that physical threats to themselves and their families have pushed them to leave their roles. "I'm concerned about all of the knowledge that we're losing because of those reasons," said Mr. Mattice.

When asked how to assure the public that elections are secure, transparent, and counter this disinformation, Ms. Wolfe detailed some creative methods, such as open houses with voters and short videos. Secretary Way also noted the importance of having trusted information available to voters and the need for continued funding to ensure that information remains available in the public domain.

The Commissioners concluded the hearing by presenting Mr. Mattice – who is retiring – with an official EAC certificate to commemorate his three decades-long career in election administration. 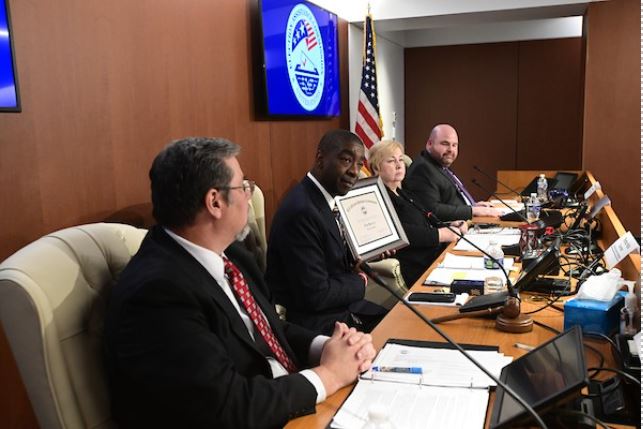 Mr. Mattice reflected on how the job of election officials has evolved and the improvements HAVA brought to the election process over his career, including rising above the pandemic and adapting to new technology.

"With each of these challenges, and each of these major shifts in our election administration processes, (election officials) have met the challenge, they have exceeded the challenge, and they continue to confront all of these new things with professionalism and with a positive attitude," said Mr. Mattice.

The November 15 public hearing, which also included EAC updates and the accreditation of the first Voting System Testing Lab (VSTL) to test voting systems to the Voluntary Voting System Guidelines (VVSG) 2.0., is available to watch on the EAC’s YouTube Channel.