From One Woman’s 55 Years of Service, Three Generations of Election Workers 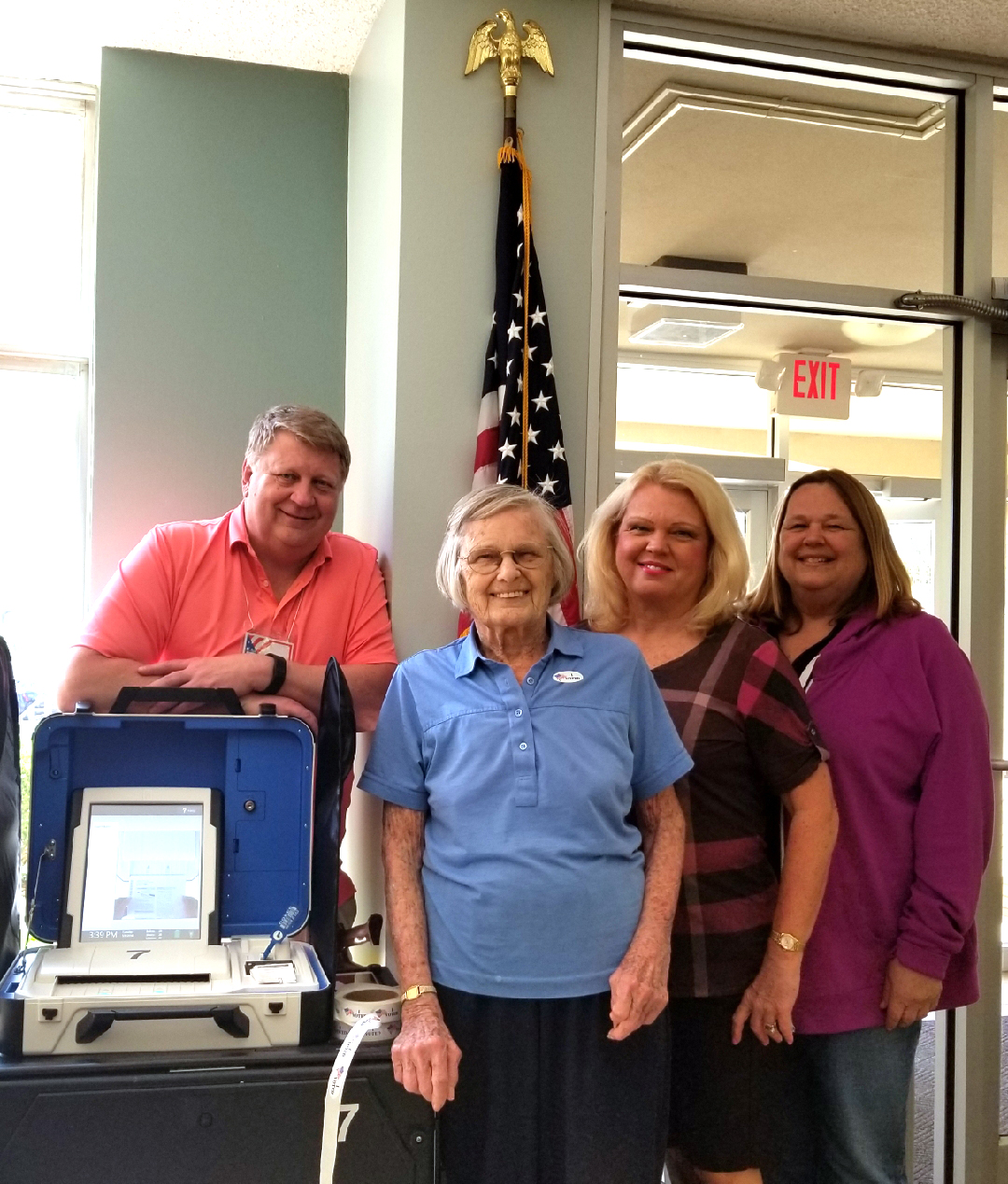 “I don’t know how many people across the country work with 96-year-olds, but I do and she’s wonderful!” says Bloomfield Township Clerk Jan Roncelli.

Jan is talking about Betty Clark, who has served as an election worker in the township for nearly 55 years. She has also inspired two daughters, two sons-in-law and one granddaughter to be election workers as well. Betty’s first election was in 1964 when Lyndon B. Johnson and Barry Goldwater were on the ballot.

“We moved to Bloomfield Township in 1962. I was here for about a year when I asked the election office if I could help out, but they said they didn’t need any one,” she remembers. “The night before the election, I got a call saying someone had to drop out because they got the measles and could I come and work the next day?”

Betty stayed up counting ballots until two in the morning during that first election. Since then, Betty has served as an election worker in all but two elections in Bloomfield Township.

“I had the time. I was interested in volunteering and giving back to the community and it was always such a pleasure,” Betty says. “When I was younger and I knew more people in the area, it was also a chance to connect with everybody and answer their questions. Everyone I worked with was so nice and good at their jobs. It’s just a pleasure to work with people like that.”

Jan Roncelli notes that Betty has served as a role model for other election workers and chairpersons, particularly for her embrace of technology.

“Many election workers felt nervous when we introduced electronic poll books, as many were not computer literate,” she says. “Some of them wanted to quit. One person started crying. Betty came to the training and brought her enthusiasm. Even though someone else would ultimately be responsible for managing the technology, she wanted to understand how it worked. That’s Betty – always interested in a new adventure, always willing to learn new things, always wanting to be involved.”

After almost 55 years of service, Jan says Betty has her work on Election Day down to a science.

“During the March 2016 Michigan Presidential Primary, Betty’s precinct came in with no problems at the end of the night. She was spot on. Everything was done right because Betty knew how to manage people, where to put them and what jobs best suited them,” Jan observes.

Arguably Betty’s most significant contribution however has been getting her two daughters, two sons-in-law and her granddaughter involved, continuing a familial legacy of election administration that totals over 85 years of combined service. One daughter, Marilyn Rankin, serves as a precinct co-chair of Bloomfield Township’s largest precinct where her sister, Barbara Borich, also works. 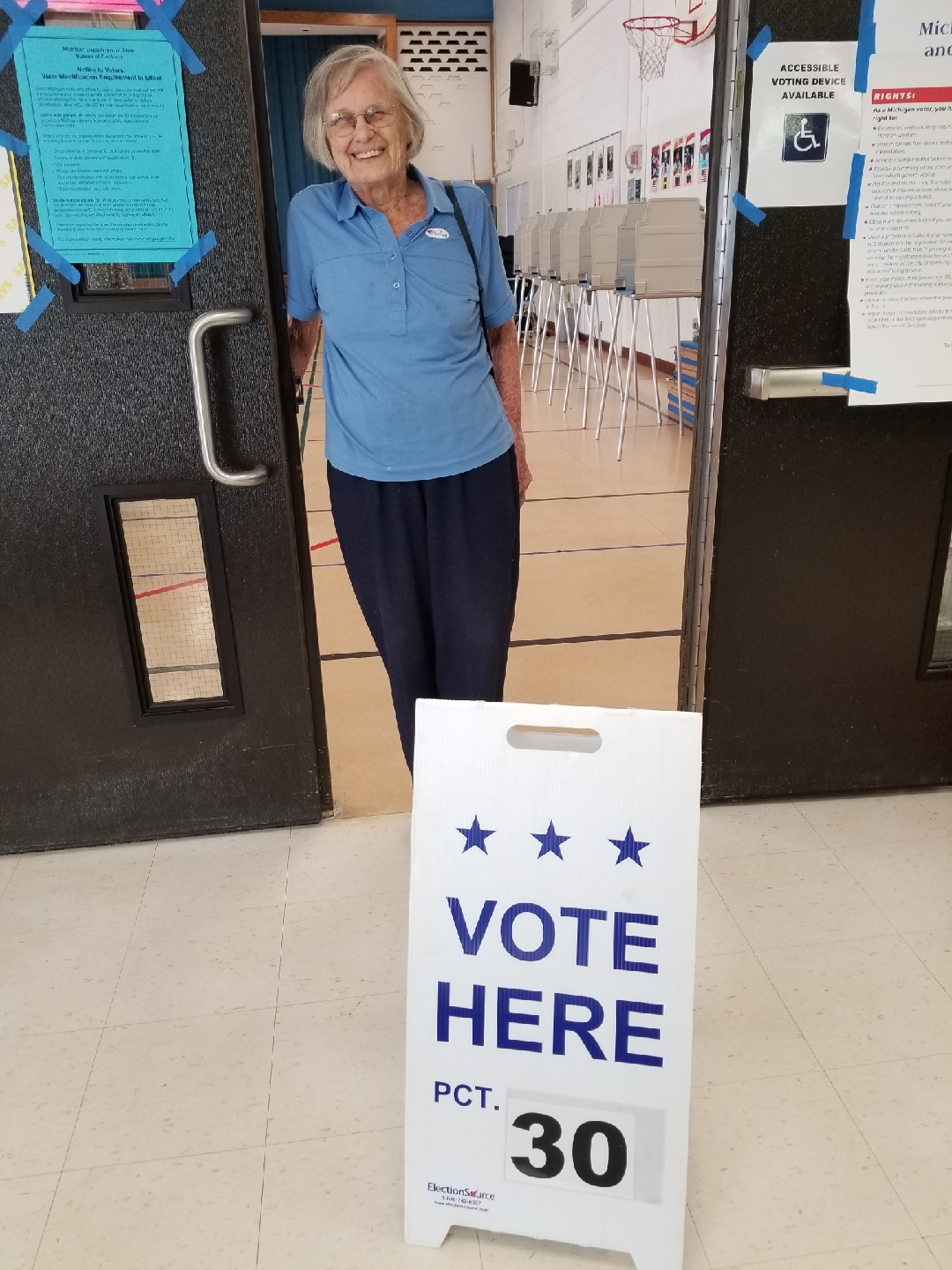 Marilyn remembers her mother training them at her precinct when the two women were in college. Marilyn and Barbara worked elections with their mother all through college, and then again after retiring from Detroit Public Schools Community District.

“She gives me tips on how to close out at the end of the day,” Marilyn says of her mother. “She always beats my brother-in-law and me in bringing final tabulations to town hall on election night.”

In 2007, Betty received the Oakland County Election Worker Honoree Award for her then 44 years of service as an election inspector. She hopes to work at the polls again this November, fifty-five years after counting her first ballots.