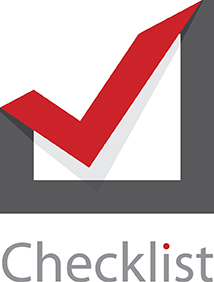 The EAC has led the way in ensuring voting systems brought to the market are vigorously tested against Voluntary Voting System Guidelines (VVSG), including security requirements and the capability to accurately report election results.

Many jurisdictions also use a separate Election Night Reporting (ENR) system to display unofficial election night results to the public through a web-based application. Results do not become official until certified by the state after an official post election canvassing process.

▢ Backups – if at any point there is unexpected activity or the website becomes unavailable it can be restored to the last known state, so that systems and data can be recovered quickly in the event of an incident. Additionally, if a printed copy (electronic or hardcopy) of the results is obtained during the backup process the printed copy can be provided in the interim, until the ENR system is back up and available. The backup and restore process should be tested and validated.

▢ Communications Security – use encryption and data integrity to protect communications over any network. In particular Transport Layer Security (TLS) to protect traffic between the client (e.g. web browser) and the server (ENR system).

▢ Detection – use an intrusion detection system and monitor the incoming and outgoing traffic for signs of irregularities, such as above average traffic, large amounts of data being transmitted, etc.

▢ Firewalls – use network firewalls to only allow incoming and outgoing traffic that is necessary for the operation of the ENR system. Unauthorized access (or attempts to access) to the data should be detected, prevented, reported and escalated.

▢ Test – thoroughly test the ENR system. Include results reporting via the ENR system in the Logic & Accuracy testing to validate that the data is being transferred accurately. Volume and stress test the ENR system and the network to make sure that it has sufficient bandwidth to satisfy (or exceed) demand. A lack of bandwidth may allow for a denial of service attack to take an ENR system down.

▢ Vulnerability Scanning and Analysis – use software to identify security vulnerabilities on systems deployed in a network. Regular vulnerability scans of the ENR and other systems on the same network can often find points of weakness.

▢ Update/Patch Software – outdated software is the target of most attacks. Ensuring these are patched with the latest updates greatly reduces the number of exploitable entry points available to an attacker.