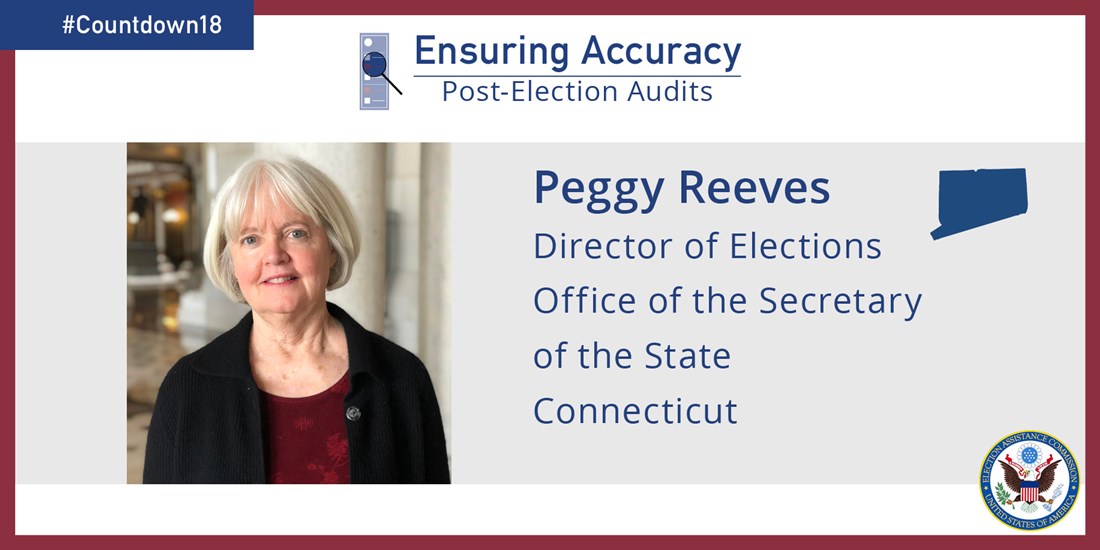 Connecticut has been conducting post-election audits for more than a decade. The state’s General Assembly passed a bill in 2007 requiring the Board of Elections to conduct a manual audit of the votes recorded in the voting districts in the state, district or municipality.

“The goal of the audit is to ensure that the voting tabulators are working properly, counting accurately and have not been maliciously altered in any way,” says Peggy Reeves, Director of Elections and Assistant to the Secretary of the State for Election, Legislative and Intergovernmental Affairs. “It allows the voting public to have faith in the election and the results.”

To conduct the audit, the Secretary of the State randomly selects 5 percent of all voting districts and associated voting tabulators used in the election and compares a hand count result of the paper ballots to the actual results reported by the voting tabulators. The audit can be escalated if there is a difference between the hand count and tabulator reported results.

“In the 10 years the state has been conducting audits, we have learned two things,” says Reeves. “First, the voting tabulators used are very accurate and reliable. Second, that humans make many more hand counting errors than originally expected. Entering the audit, you assume and use the hand counted results as the gold standard to which we compare and measure the voting tabulators’ accuracy. However, we quickly discovered that in almost every case of a discrepancy, it was caused by some form of human counting error.”

Because of the vast array of human counting errors and the cost of using human labor in hand count audits, the state is working with the University of Connecticut to develop a computer-assisted independent audit station that will allow the election officials to manually review an image of each of the ballots subject to audit. This audit station does not rely on any of the technology used in the voting machine.

“It has worked well in our pilot program and is an accurate tool to be used in conjunction with human counters,” says Reeves.

Reeves wants voters to know that the state’s audit process is much more than a hand count comparison of paper ballots to machine totals. “Our audit is a complete system. The University of Connecticut reviews the memory cards pre- and post-election to ensure they were programmed properly and have not been maliciously altered. They also review the database used to program the memory cards to ensure accuracy. Finally, we conduct a hand count comparison of vote totals.”

“Our goals is to conduct a transparent process every step of the way to ensure the Connecticut voting system is accurately representing every vote cast. Connecticut voters should feel confident in our process,” says Reeves.

As Secretary of State Dennis Merrill says, “It is critical for every Connecticut voter to know that we are fighting to make sure that every vote cast will be a vote counted.”

For more information on Connecticut elections, visit the website.