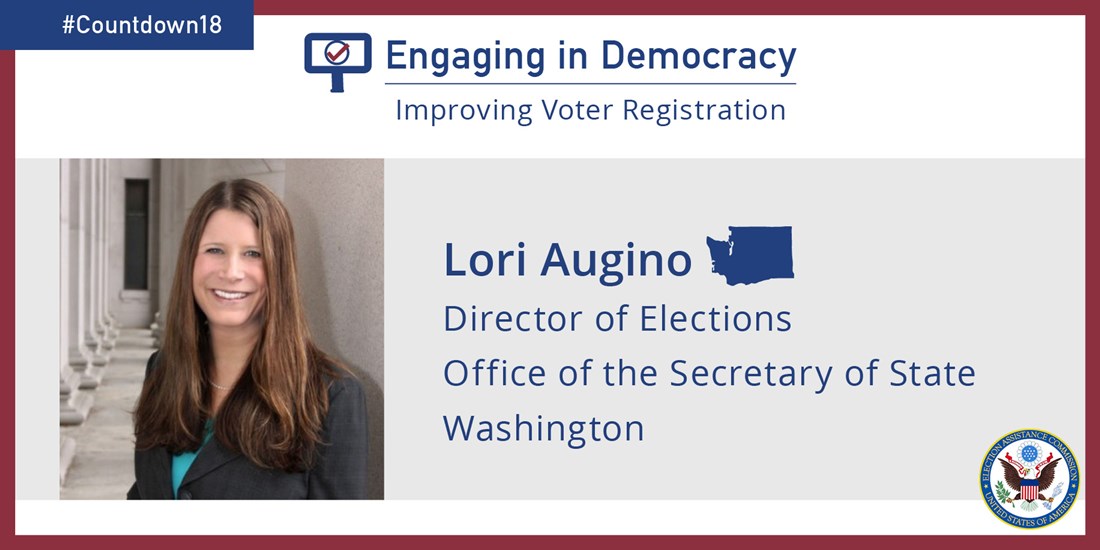 Every year is an election year in Washington state. Washingtonians vote on everything from the president and their representatives in Congress down to state representatives, cemetery district commissioners, tax levies, bonds, and initiatives.

“We are always in election mode,” Lori Augino, director of elections for the Washington Office of the Secretary of State, said. “In order not to overwhelm voters, we break up the voting so each year’s ballots and issues are manageable.”

Ten years ago, Washington modernized its voter registration system and provided each county the opportunity to choose from three different vendors. The state’s needs are now different. Voters need more responsive tools, and technology has greatly advanced since then. For instance, Augino says, “I like to remind people that we did not have iPhones when we created those systems 10 years ago.”

Washington is now adopting a single synchronized voter-registration system for the state. The new system will be in place for 2019’s  August primary and November general election.

Washington has taken other steps to boost to security for this year’s election by installing monitoring sensors, security and event management software, and upgrading firewalls. The state is also requiring multi-factor authentication for access to the centralized voter registration system.

Further steps include the development of a Security Operations Center (SOC) within the office of the Secretary of State. The creation of the the SOC brings cybersecurity expertise in-house to enhance the system’s resilience and responsiveness. The SOC will ensure that all 39 counties can tap into the same expertise.

“This will take us to the next level,” Augino said. “Updated equipment, along with escalated training, monitoring, reviews, and communications will bring the entire election process up to the highest security standards.

“Physical security and cybersecurity are not new to us,” Augino added. “However, the involvement of partners including the Washington National Guard and the Department of Homeland Security is new. The increased and improved communications between the local jurisdictions, the states and the federal agencies has been a great step forward.”

The Washington National Guard has been enlisted to help ensure the state election process is secure and resilient. Other important partners include the Election Assistance Commission (EAC), which provides best practices and other support for election administrators, and the FBI, which approaches election security from a law enforcement perspective. These partnerships ensure Washington is poised to respond to and stop attempts to attack the election system.

Washington’s focus on election security extends to the local level. Cybersecurity experts from around the country have conducted trainings and tabletop exercises for county election administrators statewide, providing election officials an environment to test against different possible threat scenarios safely.

“Our goal is to make state and county elections employees the strongest link in Washington’s security chain,” Augino said.

Augino likened the constant need to protect elections systems to preventing a home burglary. When a would-be invader tries to break in, he checks the locks on the doors and  windows, looks for a hidden key, and checks to see if you have an alarm or cameras. All of these defenses help keep him at bay. Our elections defenses need to do the same against attempts to subvert our democratic process.

Augino urges voters to visit their local elections office to meet the staff members and observe how much care is taken to ensure that every vote is counted, accurately and securely. Since Washington has a full “Vote by Mail” process, ballots are already in the process of being distributed. Throughout the voting period, Washington election offices are open to public observation.

“We want our Washington voters to have confidence in our system and participate,” Augino said. “The bad actors attacking our election process want to sow discourse and distrust amongst the American people. That divisiveness could result in voters sitting out rather than having their voices heard and counted at the ballot box. We cannot let that happen. We want people to participate, cast their vote, and do it confidently.”

Don’t wait! Make sure your voter registration is up to date and be sure to vote. Check today at Myvote.wa.gov.