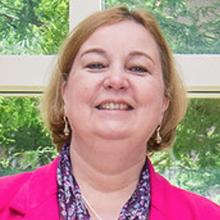 Christy McCormick was nominated by President Barack H. Obama and confirmed by unanimous consent of the United States Senate on December 16, 2014 to serve on the U.S. Election Assistance Commission (EAC).

Ms. McCormick was detailed by the Deputy Attorney General to be Senior Attorney Advisor and Acting Deputy Rule of Law Coordinator in the Office of the Rule of Law Coordinator at the U.S. Embassy in Baghdad, Iraq from 2009 to 2010, where she worked on the Iraq national elections and on rule of law matters. Ms. McCormick was a U.S. elections expert in Iraq observing and monitoring the 2010 Iraq National elections, providing assistance and advice to the Independent High Electoral Commission and witnessing an extensive 12-day election re-count. She was a rule of law liaison to the Kurdish Regional Government and a liaison to rule of law advisors at the Provincial Reconstruction Teams.

Prior to joining the Department of Justice, Ms. McCormick served as a Judicial Clerk to the Honorable Elizabeth A. McClanahan in the Court of Appeals of Virginia from 2003 to 2006. Ms. McCormick was an Assistant Attorney General and Assistant to the Solicitor General in the Office of the Attorney General of Virginia from 2001 to 2003. She was a Judicial Law Clerk in the Seventh Judicial Circuit Court from 1999 to 2001.