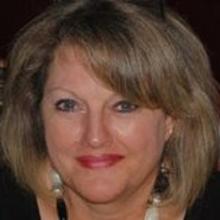 Marci Andino is an EAC Standards Board Member.

Andino has served as Executive Director of the SC State Election Commission since 2003.  Ms. Andino is responsible for overseeing the conduct of primary, general and special elections in South Carolina to ensure that elections are conducted in a fair and impartial manner. She is also responsible for supervising county boards of voter registration and elections and serves as agency liaison with the General Assembly.  The State Election Commission is responsible for supporting the statewide voter registration system, statewide voting system, performing county compliance audits, administering a training and certification program for county election officials and conducting candidate filing.

Prior to her return to the agency as Executive Director, Ms. Andino took a 2 ½ year hiatus from state government and worked for a global information technology company as a sales representative with responsibility in the public sector.

From 1992 to 2000, Ms. Andino was an adjunct faculty member at Midlands Technical College.

Ms. Andino holds a Bachelor of Science in Business Administration from Limestone College and a Master of Arts in Computer and Information Resources Management from Webster University.