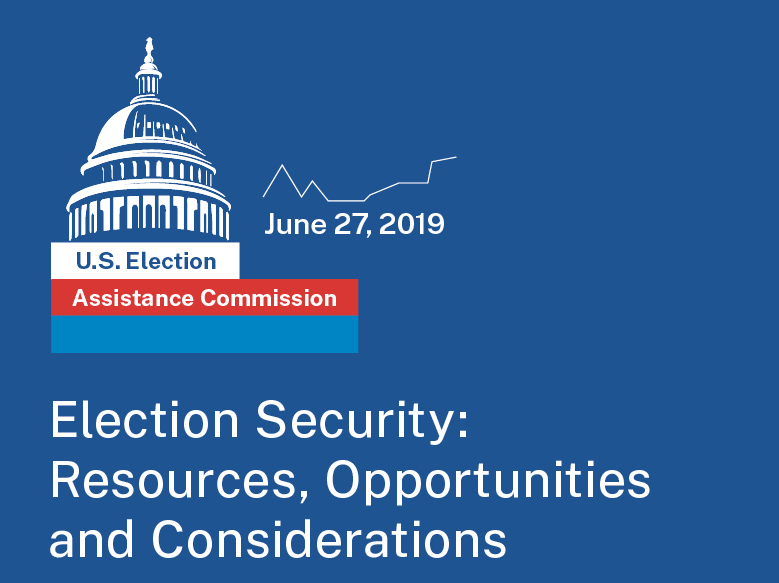 Election security has been top of mind for election officials since the 2016 elections, and efforts are well underway to strengthen election infrastructure for the 2020 elections and beyond. Leveraging governmental and non-governmental partnerships, including with new actors to the elections space like the Department of Homeland Security and state National Guard units, state and local election officials are working tirelessly to harden their systems and adopt cybersecurity best practices.

These topics and more will be discussed during the third panel at the EAC’s 2019 Election Data Summit on Thursday, June 27 in Washington, DC. I am pleased to announce the panelists for this session:

The 2019 Election Data Summit is free and open to the public and media. We hope you will join us for this important discussion. Attendees are strongly encouraged to register in advance, as space is limited. Additional information on summit panels will be released in the coming days on this blog. 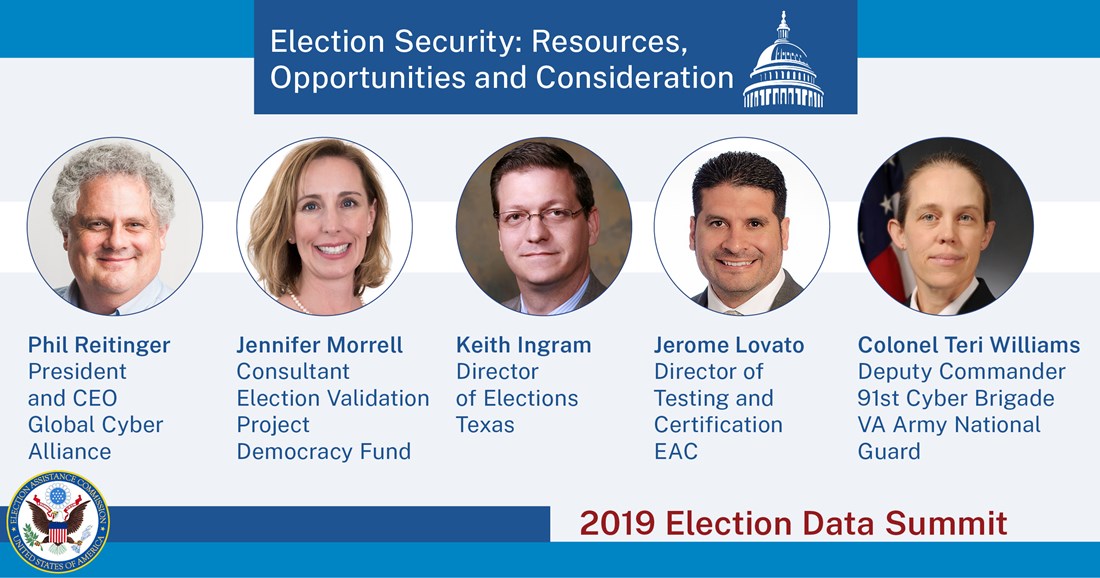